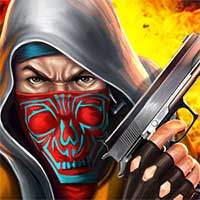 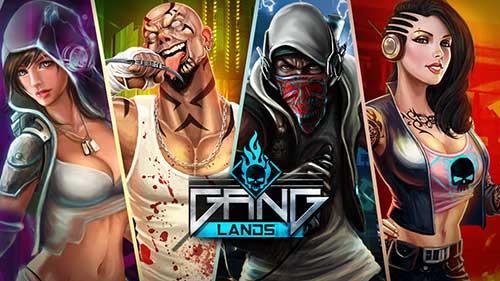 Do you have the guts and the brains to survive these crime infested lands, homie?.. Do you have what it takes to be a gangster?

Recruit thugs, street soldiers and convicts with deadly vehicles at their disposal to your crew as you dive headfirst into the bloody world of cartel fights and turf wars in a bid to raise from the lowly slums of skid row to the apex of the criminal underworld.

Ganglands is a fun blend of shrewd tower defense strategy and intuitive mobile combat gameplay set in a criminal environment. Plan, play and outwit your opponents at every turn as you pit against players from across the globe.

► Protect your hood!
Build an impregnable neighborhood by exacting defense turrets, upgrading structures, hiring powerful lieutenants and deploying hidden traps to crush rival trespassers to dust.
► Get powerful lieutenant cards
Tactical nukes, Shadow strikes, Turbocharged crew, cloaking devices, you name it! These powerful lieutenants ranging from ex-military to wanted convicts offer their mercenary gangster services to only those they deem worthy! …And to anyone who pays them some money.
► Recruit a crew
Recruit and upgrade more than 10 unique troops from thugs to hummers and gunners to choppers and build your wreak havocking crew
► Play against real people in real time
Join millions of players as you form fierce rivalries and lasting friendships in your quest for power and reputation.
► Complete a thrilling underworld campaign
Fight your way through 7 sinister and at times goofy villains as you take on their turfs making your way to the top of the gangster chain

The game is free to play, however in-app purchases are available for additional content and premium currency. In-app purchases range from $0.99 to $99.99.

Do you have the guts and brains to survive these crime infested lands, homie? 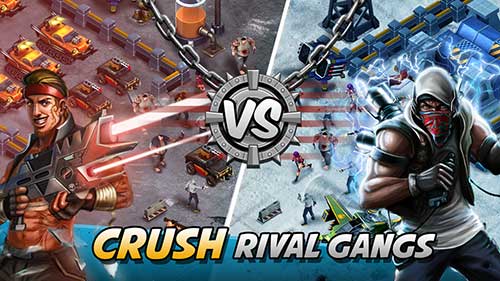