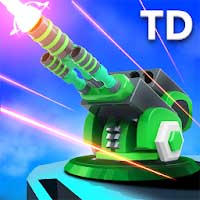 In the vast universe, the creatures are born after the big bang. The battle of existence takes place all over the galaxy. In the dark universe, self-glowing creatures is attacking other creatures that dominate the universe. Strategy_Galaxy glow defense is the fight against the invasion of those glowing creatures. These creatures use natural light and use data to move in the space. Radiation creates a very nice light in the dark universe. Strategy – Galaxy glow defense is a tactical defense game with new tactics which engages players to the wonderful world. With Strategy – Galaxy glow defense, players will experience a new defense game. Galaxy glow defense still retains characters of the classic defense game genre. So Tower defense location is an important strategy of the game. The difference in this game with other defense games is that the enemy’s attack strategy comes from all directions.
– To think carefully and to select the right defense tower, routes, special weapons and to plan in defensive strategy.
– To collect resources to buy and upgrade your weapons 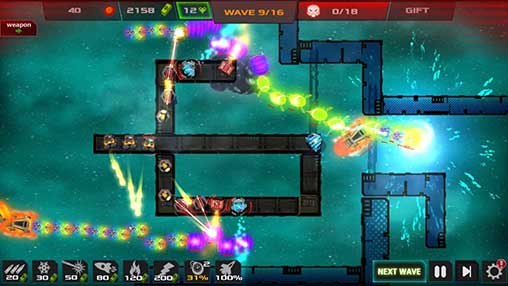