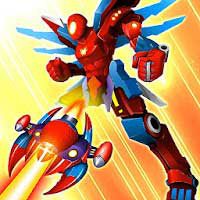 Thunder Fighters Superheroes: Galaxy Shooter Attack Earth Wars the best Arcade shooting game of 2019 and going to reached the 10 million milestone download in 2020 on Google Play.
This game is a action game, shoot fighter , shmup with unique storyline and new gameplay transform fighting war. It is completely different from other classic alien shooter games of the same genre.

Thunder Fighter Squadron: Space Shooter will have both offline and online mode ( single player and multiplayer). Especially this is the game that players can transform their fighter into robots with more powerful combat power and stronger skills. Other chicken shooter games, other squadron games have never done that.

You will be a falcon and Big leader hawk captain of The One-Team under Universe I army. You will control the greatest fighter , fight to protect you Universe. In the storyline, you will chase and retake blueprint of Super Robot Mountain King from Crulel. Crulel is a spy of Universe X who entered our army and stolen the blueprint. Enter the game Infinity squad assault right now to know more about the storyline.

DON’T HESITATE, if you have ever played 1942, 1943, 1945 classic arcade shooting or any other SHUMUP games, Please download Thunder Fighter Squadron: Strikers Shoot ‘Em Up and enjoy this game. 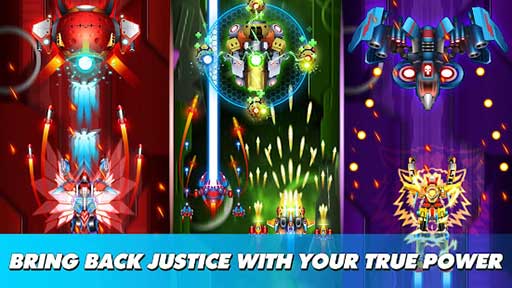