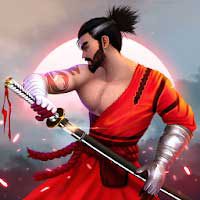 Takashi is a revolutionary ninja adventure that blends gorgeous graphics, innovative gameplay, and intense boss battles, all within the palm of your hands.

A heroic ninja warrior adventure set in medieval age with hack n slash and rpg elements. An action RPG fighting game where you can be brave warrior assassin. Takashi, one of the best 3D ninja games where you experience a sword fighter Japanese ninja arashi assassin with visually stunning graphics.

Takashi Ninja Warrior, a ninja fighting game where legend of blades rises in medieval Japan. A samurai ninja assassin warrior fights with corrupted forces to save his people. He prepares himself for sword fight battles, engages in quests, and survive boss battles in fighting arena, and ultimately becomes a legendary ninja samurai warrior.

This story belongs to Tochi, a land of secrets. Takashi is the son of Arashi, a Japanese ninja fighter with a lethal sword who gains ultimate glory by defeating the corruption of Tochi.

Takashi ninja warrior features an interconnected map system. The player can access far locations by using secret paths. If player explore the entire map, they can find secret rooms with secret treasures which may contain different type of reward.

Takashi is unique ninja game. Player needs to focus on multiple perspectives at a time. Player can view his loot, progress, or upgrade skills in the inventory section.

Use your sword fighting game style to defeat enemies. There are beasts, witches, ninjas. All the enemies have different behavior, according to which player will have to choose suitable fighting style.

Takashi will be provided with many types of weapons to experience real word fights. Each weapon has its own attributes and a story. The game cannot be completed with only one type of weapon.

Saves your checkpoint and restores your health. Placed at various locations.

Players can buy potions, costumes, and other items from in-game store.

Are you ready to explore amazing quests in modern 3D graphics and realistic physics in shadow ninja arashi fighting adventure? It is time to collect weapons and experience using them with your monster hunter abilities in Japanese battleground boss fights. With many wonderful levels this strategy game lets you become a legendary ninja samurai assassin warrior.

Only Soul Game on Mobile

Will you be the champion shadow legend to take revenge on evil lands? Ending this chaos is in the hands of blade warrior. This is not any epic dark fantasy rpg dragon conquest, this is a real fight of a Japanese guardian hero to purify the evil lands in king Yoko’s chaos.

This real ninja warrior game is one of the best monster hunter action rpg adventure games. Prepare for the battles in the corrupted world. Try this experience on your mobile. For the fans of ultimate ninja fight, samurai warrior, medieval legends, and ninja games, this is an extraordinary action filled adventure.

Give us your feedback

Your feedback is highly appreciated.

– Fixed a bug when UI buttons for some players would pixelate 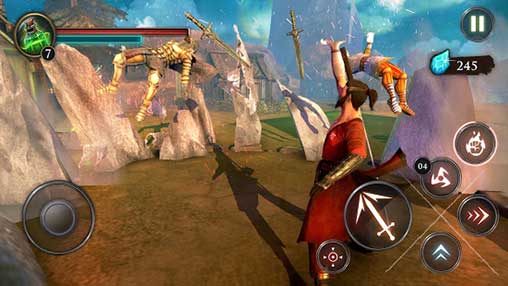