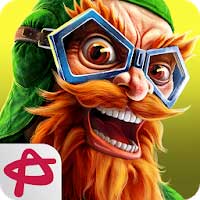 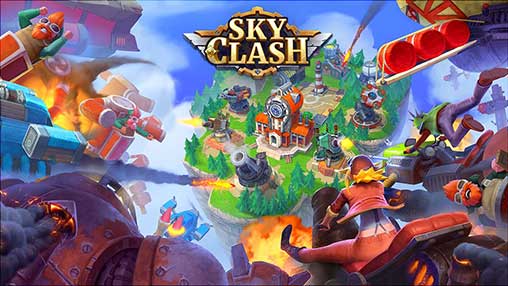 Build up your steel empire, hold your city defense of skywars attacks and your name will be sung in legends! At the beginning of the story you save a pilot who crashed on his airplane. He received an air strike on his airship when he fought with robots in clouds. After that you were recorded as foe of empires. You have to become the comandor of a flying island, fly and discover new lands and take part in air warfare.

Sky Clash it’s one of the best strategic and epic MMO RTS (real time strategy) multiplayer battle games in 2017! Sky adventure are waiting for you. Defend sky towers in online PvP strategy game! Build up your empire on floating island and show your sky force!

Features of a mobile game Sky Clash:
✔ Take a journey into the Steampunk world of MMO RPG and RTS and destroy main steam bot
✔ Discover an incredible world of an epic combat strategy with other skylanders
✔ Lead your army of wizards, barbarians and dwarfs
✔ Set your base build protective buildings in the sky and craft your clan
✔ Build up your cloud village to an unbeatable empire
✔ Take part in online cooperative battles person vs person ore in a global war guild versus guild
✔ Buy new generation weapons, gliders, airship and win the air battle
✔ Captain, defend your skyland in multiplayer clan battles
✔ Fight for the fantasy thrones with other heroes
✔ Struggle with players worldwide and grab their lead trophies like wekings grabs their enemies
✔ Create alliances, hire troops, and join the battle like a vikings!
✔ Enjoy fantastic 3D high quality graphic in this goodgame.
✔ War against Syndicate return

Сommander, are you ready to build an army of islanders, discover west jungle, lead a squadron and conquer four kingdoms in epic clash of warriors? Sky Clash isn’t toy! It’s a unique PvP and PvE war game, where enemy attacks are everywhere. You need use different strategies and tactics to stay alive like in classic strategy.
Join alliances of kings with other lords which will be recommended to you to defend the towers and withstand PVE combats. The larger and stronger empire you create, the more greedy haters you get in awesome game! These evil wizards, barbarians and dwarfs will try to crush you all the time. Be always ready for online attack and keep artillery, fight gliders ready! Come and compete in online mmorpg battles against your enemies in this free 2 play game. Organize your own defense against raiders. Or, team up with your allies to cast fire on other defenders and plunder their castles. All means are good on this battlefield
Be aware, this fight in arena of heroes may be dangerous! In the age of knights & pirates it’s up to you to be a winner or a trophy. Prepare to raise your village, train the army in battle simulator, harvest crops and become a Lord of Sky Clash !

Enjoying Sky Clash: Lords of Clans 3D? Learn more about this strategic shooting game and lead the titans in skywars game! Let the force come with you and your air shooters in skywars. 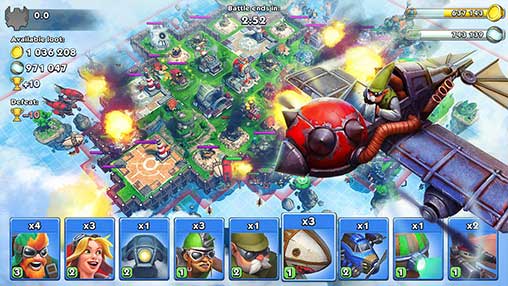