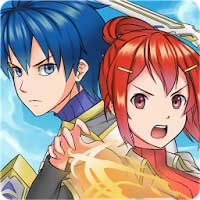 [Game Introduction]
Challenge yourself in this exciting and fast-paced single-player Action RPG with intense combat! Choose between two playable characters with different playstyles, and save the world from destruction!

Epic Conquest follows the basic tradition of ARPG rules that does not use any “auto-play” features, so that it will let players to fully experience the true sense of playing with effort just like traditional games.
The game does not use the “pay to win” concept, so player is possible to experience every content in the game simply by playing more. Resources like premium currency can be collected from monster’s drop, prize box, daily attendance, and more. Paying players can only achieve things faster, but the end result will be the same.

Epic Conquest is an offline game, means you can play anywhere without internet connection, unless you want to buy IAP, claim prizebox (internet access to time server is needed), or watching Reward Videos.

[Game Story]
Story is placed in a fantasy world that apparently invaded by demons through a dimensional portal. The demon invasion lead all kingdoms to unite as one — the Alliance, to battle the demon force and bring back the peace. Many years have passed, half breed between human and demon is inevitable. Those half breed — called “the Witch”, are hunted down by the Alliances because they see the witches as a great threat to mankind.

You will play as Alaster, The Royal Knight that uses melee combat with great defense and countering skill. And Edna, The Flame Witch that uses ranged attack with fiery skills. Each has their own unique personality that you can discover throughout their journey.

[Game Features]
– Battle unique enemies and boss each stages with great rewards dropped.
Grind your item by battling out enemies and bosses that dropped many goods such as gold, equipment, demon souls, and even rubies — our premium currency.

☆ Epic RPG attribute system.
As you level up, you can learn new abilities and increase four different attributes freely such as Strength, Intelligence, Agility, and Vitality to match your desireable build.

☆ Epic Skills system.
Each active skill can be leveled up every time it’s used. Raise your skill to destroy your enemies faster. Discover your passive skill upon reaching certain level, using mastery point, you can choose any passive skill to be taken first or maximize, to met your certain builds. 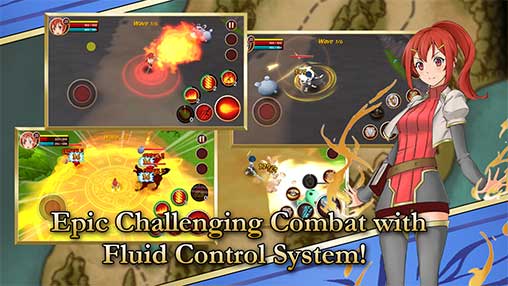