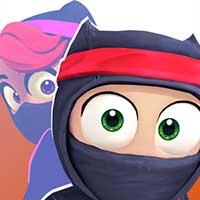 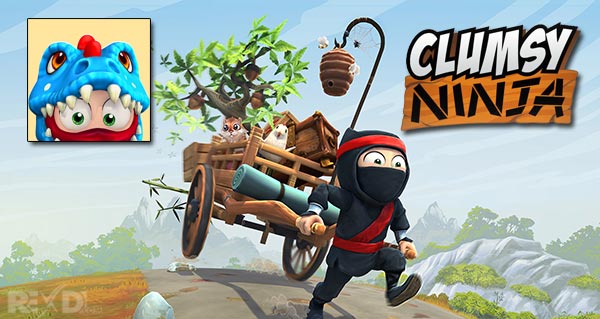 Clumsy Ninja is an adventure game for App Store and Google Play developed and published by Naturalmotion in 2013. In the game the player trains a ninja by having it complete tasks in order to gain experience points. Clumsy Ninja was the first mobile game to use the Euphoria engine (which is also developed by Naturalmotion). Within its first week of release, Clumsy Ninja received more than 10 million downloads.

The game was originally announced for ‘holiday season’ 2012, however it was delayed by almost a year. It eventually appeared worldwide on the App Store on 21 November 2013. On release, Clumsy Ninja became the first app to be promoted with a video trailer embedded in the App Store. Clumsy Ninja is now available on google play for all those people that have androids and is currently on the halloween season

As featured in Google Play‘s Best Games of 2014!

Meet Clumsy Ninja, the most hapless ninja ever to grace a touchscreen!

Train him, throw him, tickle him, and even tie balloons to him. Everything you do will make Clumsy Ninja more skillful, and help him find his missing friend Kira.

Clumsy Ninja is the next generation of interactive characters! He can sense, feel, move, and react uniquely every time. Prepare to be amazed…oh, and please take good care of him!

BELT UP
Train your ninja to learn new tricks and super-special Ninja Moves! Impress his Sensei and earn new Ninja Belts on your way to find Kira, or just have fun with over 70 unique interactive items, including trampolines, punch bags, ball guns, a chicken and… a squirrel!

ADVENTURE TIME
You and your ninja will travel to new locations, play new games, meet new characters, complete quests and unlock fun new items to play with. How many will you discover?

CUSTOMIZE & SHARE
Customize Clumsy Ninja’s suits, belts and headbands to match your style. Take photos of your ninja’s craziest stunts, and share the fun with friends instantly. Keep your eyes peeled: there are many surprises waiting for you!

UNFORGETTABLE MOMENTS
Clumsy Ninja is a living virtual friend who thinks and acts with real intelligence – and a lot of clumsiness! You’ll experience unique moments with your ninja and his companions every time you play!

FIRST ON TOUCH DEVICES!
Clumsy Ninja is the first game on touch devices to ever use the EUPHORIA simulation technology – producing the most believable character you’ll have ever seen.
—-

Make sure you play online to gain access to the latest content and features, and to ensure that your profile is backed up online.

PLEASE NOTE! Clumsy Ninja is free to play, but it contains items that can be purchased for real money.
To prevent unauthorised purchases, select “Set or Change PIN” from the Google Play settings menu, create a PIN, then enable the “Use PIN for Purchases” option. You will then be required to enter your PIN before every transaction.

Requires Android OS 2.3 and above 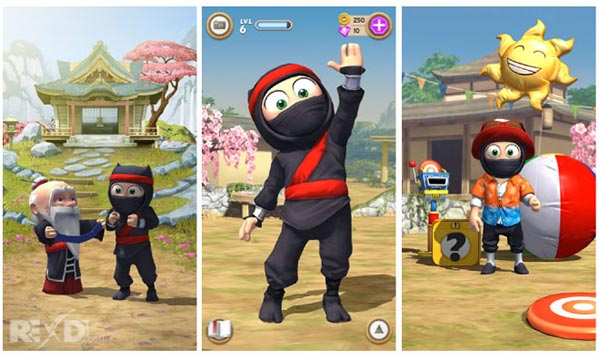