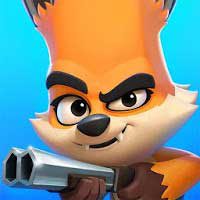 The zoo is on fire. The animals are fighting. Start shooting for survival! Zooba is a more than an epic battle royale game, is an adventure in the zoo! Choose your animal, start shooting and survive the battlelands, it’s PvP multiplayer free game!

Zooba is a fun mix with the best of traditional battle royale and the adventure of MOBA (Multiplayer Online Battle Arena). Fight with epic animals in the arena, shooting your enemies and survive in this multiplayer battle game!

EPIC ANIMALS
More than 10 animals to fight with! Shake the ground with the gorilla or with the royal chameleon – each animal is a fighting beast in action.

SHOOT THE BEST GUNS
Prepare for action & shooting! In this adventure you pick the guns on the battleground and shoot down your enemies to survive.

WATCH OUT
Shoot the guards first to survive and don’t get caught by the fire in the arena.

BE THE KING OF THE ZOO
Join the PvP action to win prizes and upgrade your animals to become the king of the zoo in this adventure!

FIGHT YOUR FRIENDS
Battle your friends in this adventure and funny multiplayer online game.

Are you ready to jump into this adventure? Get your gun, prepare for action and battle against other players to survive in this PvP! Only the best animal will win the fight in the best of battle royale games!

Zooba, the best MOBA and battle royale free game. Download now and join in this adventure for the action lovers and fight to be the king of the zoo in the multiplayer world!

This update brings exciting events and brand new content to the Zoo!

Experience Zooba like never before in this new update!

Unlimited sprint skills in combat
can do attacks in the water 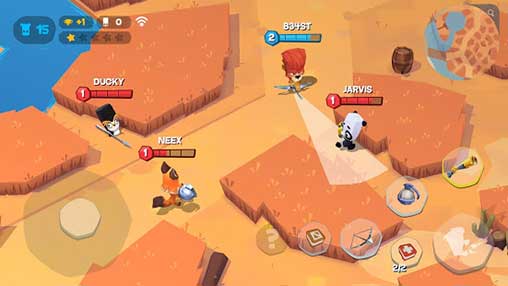