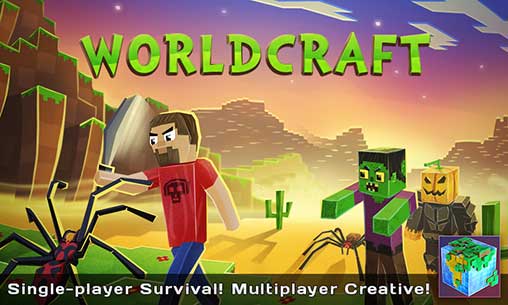 Download and Play Best FREE 3D sandbox blocks craft game with Creative Multiplayer and Survival Modes! Build creative 3D world online, get resources, craft items in survival, tame animals, watch out mobs and survive! Explore worlds created by others. Create your own worlds and upload to Multiplayer mode for exploration by others.

Build and craft your house, mine, city, village or whatever you can dream of with many other users online in Multiplayer mode. Explore universes created by others. Craft and upload your own 3D maps and creations from single player mode to online Multiplayer server to play with others!

Start your survival and exploration game on the infinite randomly generated 3D maps or create your own 3D worlds from blocks with thousands of random players or friends online in Multiplayer mode.

Create your own survival game on the infinite 3D map! Find different resources, craft new items, craft blocks and build your own shelter to survive the nights! Watch out zombies, pumpkin heads and other mobs to save your health and hunt down eatable mobs to fight your hunger.

Worldcraft is free but it has numerous features you love on your Android phones and tablets like infinite 3D worlds in the Survival mode, new attacking mobs like Pumpkin heads, Multiplayer in Creative mode where you can build anything with friends and anyone in the world, ability to chat in the Multiplayer, select your own skin and much more!

Worldcraft is not an official app of Mojang. Minecraft Pocket Edition (PE) is a trademark of Mojang AB, and this product isn’t connected with or approved by the developers of this game.

New version! Update the game and tell your friends to start playing together now! 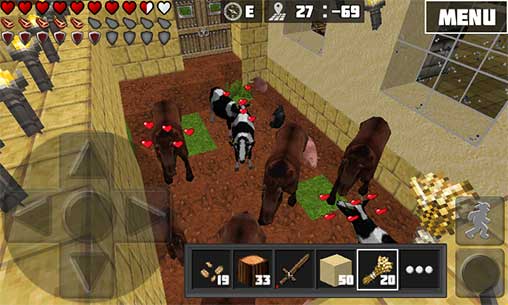