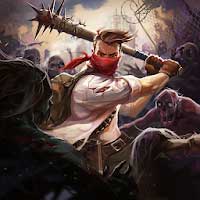 Prey for a Day is a free MMORPG zombie survival with co-operative play, a perfect marriage of a shooter and a strategy gameplay where all survivors pursue the same goal: to stay alive in a world full of zombies and mutants to kill as many of them as possible.

A new mutated virus has turned the world into a dead, post-apocalyptic zone where hordes of zombies, mutants and the dead roam free.

BEWARE THE OTHER SURVIVORS!
Your enemies are holding knives ready to push it into your back at any moment. You are alone against an army of the zombies in this online action survival strategy game with RPG elements. Your main goal is to survive no matter the cost. Kill zombies, the mutants, and other enemies, or you will die.

JOIN A CLAN! KILL ZOMBIES TOGETHER!
Join your clanmates on clan-wide raids against zombie bosses, shoot and kill them zombies dead! The bigger and tougher your clan, the more chances you have to survive in this post-apocalyptic world. That’s the most effective strategy in this MMORPG zombie shooter.

CRAFTING, CRAFTING AND MORE CRAFTING
Explore locations thoroughly for basic resources, research new crafting recipes, make deadly weapons and other traps and tricks against mutants, zombies and the rest of your enemies.

DISCOVER AND EXPLORE NEW TERRITORIES!
Explore whole city blocks, supermarkets, hospitals and military bases filled with those who have survived in this apocalyptic game. Find valuable resources or take them by force. Don’t miss valuable resources! You will need them to craft and survive.

INTERACT WITH OTHER PLAYERS!
Find allies and create clans, do raids and use the chat function in this online post-apocalyptic game. Interact with others and cooperate for the sake of safety and in order to survive another day. Shoot zombies together and share valuable loot so you all can craft new resources.

GET READY FOR THIS TOUGH ZOMBIE-FILLED WORLD!
Zombies, mutants and other survivals in this massive multiplayer game are gunning to kill you… as well as hunger, thirst, cold and more. It won’t be easy to survive, but it’s going to be worth it. Your main goal in this online zombie survival RPG is to craft even deadlier, even more awesome weapons, kill zombies and try to survive another day.

In 2033 an outbreak of a mysterious viral disease has killed most of the world’s population. The raging virus, named the Deadly Plague, caused people to die, but instead of peacefully resting they were turning into immortal zombies.
But hordes of zombies are not your main problem. Many of those who were spared death from the Deadly Plague will not hesitate to shoot you in the back. Join clans and kill zombies with your clanmates. Go on raids on zombie territories in this post-apocalyptic zombie survival game. Use military strategies to ensure your continued survival in the dead zone and kill the walking zombies in this free to play MMORPG zombie shooter.

Welcome to this online massive multiplayer survival game set in a post-apocalyptic world filled with zombies, mutants, and other survivals like you! 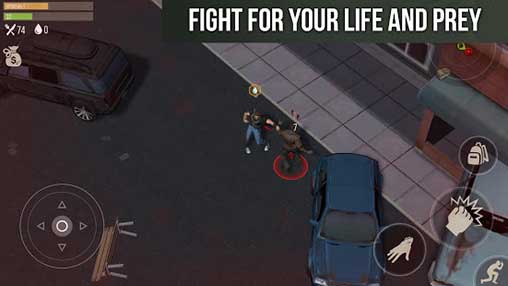