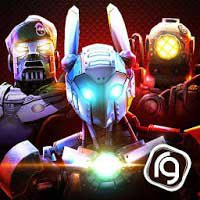 BECOME THE CHAMPION
Champions are made in the ring! From hidden underground fights, to all the way up to becoming the World Champion, this Robot Fighting Game combines heroic storytelling with spectacular action. Recruit the ultimate team of steel warriors and enter the squared circle for the grittiest mech battles. Arm your robots with crazy abilities, hone your skills with hours of training, KO your opponents with awesome signature moves and fight until you top the Leaderboards. Compete for the World Robot Boxing Championship Title.

FUTURISTIC ROBOTS
Unleash a pantheon of robot boxing champions and train them to new heights as you enter the ultimate contest! It’s no more just about the size. With abilities and class advantages, robot fighting is now much more complex. Create your squad of ultimate fighting machines with distinctive character classes. Each class has its unique strengths and fighting advantages over the other, and every robot has its own set of Abilities. So, who you bring to the fight matters! Pair-up specific Robots to trigger abilities based on their synergy. Get ready to elevate the WRB2 action with new robot titans and far advanced versions of legendary fan favorite superstars from the World Robot Boxing Universe.

GAMEPLAY AND CONTROLS
The greatest battles in Robot Boxing history are in your hands! Unleash epic combos with powerful skills on your opponents to define your own fighting style in this epic action-RPG! Experience breathtaking gameplay cinematics, as your steel warriors unleash dynamic combos with the touch of a finger. Feel the real steel clash with every punch and every kick. Destroy your opponents with intuitive fighting interface controls and unleash explosive special moves. Block to avoid your opponent’s attacks and strike back with a perfect counter. Immerse deep into the best steel crushing arcade action fighting experience. Know your opponent, engage with them, spot their weakness, formulate a strategy and dive into the fight.

CONQUER BATTLEGROUNDS
Journey through an exciting storyline and transform your steel warriors into powerful Champions by battling in Story Mode, and Global Tournaments spanning across iconic locations. Knock out rivals from around the world or play with friends to settle this once and for all in dynamic Versus Battles and weekly Live Events. Who will be the one to deliver the final knockout? Explore dynamic quests and engage in a healthy dose of action-packed fighting. Diversify your roster, level up your mech monsters to upgrade their stats and unlock their full potential!

Achieve greatness in the future of Robot Boxing where only the strongest will survive. Join the league of Champions.

The game is free to download and play. Some in-game items can be purchased with real money. You can restrict in-app purchases in Store settings.

While the mech warriors knocked out a few bugs, certain adjustments and optimizations were done in the game for a smoother, effortless, and flawless gameplay experience. Take your ultimate war machine to participate in the exciting new Events. Enjoy improvements across the game interface for enhanced navigation and have fun with amazing deals. 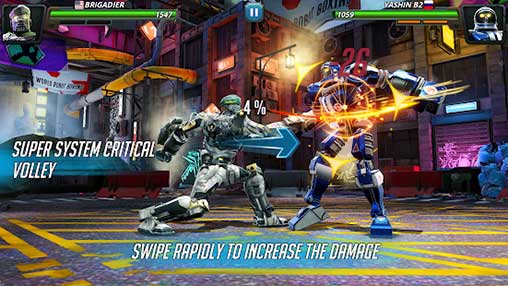