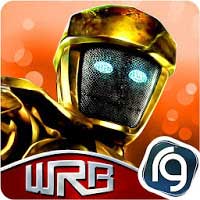 Real Steel World Robot Boxing GLOBAL PvP IS HERE! Atom and Zeus bring you legendary online multiplayer battles. Take on robot fighters from all across the world to win the Ultimate Championship.

Top the Global Leaderboard to win awesome Rewards. The time is now to prove your mettle against the greatest Real Steel WRB fighters on earth. Fight!

Battle in this epic robot combat and fighting game alongside 70 million players. Prove your mettle as the true champion in over ten live events like Sports Day, Heavy Weight League, Terror Nights and in exciting Daily Exhibition matches.

Unleash your true self in live local Wi-Fi & Bluetooth multiplayer and earn bragging rights while enjoying the winning moment!

Play Career, Multiplayer and the new Winner Takes All Mode to become the All-Category Champion.

Build a roster of your favorite sport robots and take on the Legends in enthralling arenas and stadiums.

Fight and Upgrade your robot to be stronger, faster and meaner. Color your robot, express yourself and have some fun in the Paint shop!

Win Challenges and exhibit your achievements in an all new Trophy Room.

Reign supreme in 11 huge arenas that can barely contain these hulking mean machines.

Play the official boxing game of the blockbuster movie Real Steel. Take your robot champion from the movie for amazing title winning experiences in this smash hit sequel.

This game is completely free to download and play. However, some game power-ups can be purchased with real money within the game. You can restrict in-app purchases in your store’s settings.

As the world readies to spend time with family and gorge on turkey, World Robot Boxing Thanksgiving is a full-on action entertainment reminder of the season.
While gags play off of Thanksgiving traditions, mech warriors are busy knocking out bugs. Optimizations were done in the game for a smoother, effortless, and flawless gameplay experience. So, build your ultimate war-machine to participate in exciting new Events and have fun with amazing deals.
Happy Thanksgiving Champion! 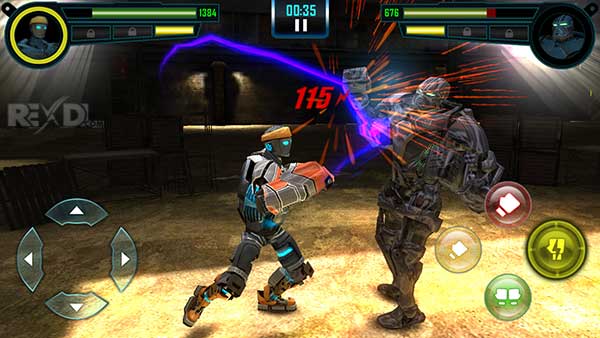 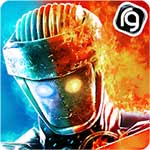 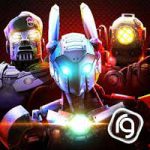 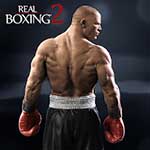 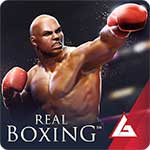 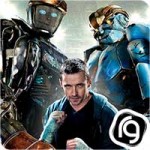 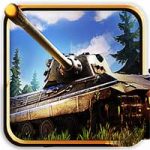