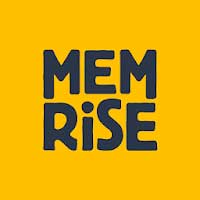 In collaboration with University College London, Memrise runs The Memrise Prize – an annual $10k cognitive science competition to discover the most efficient methodology for learning vocabulary. The most effective methodologies from the competition are fed back into learning games on Memrise.

WHERE ELSE CAN YOU FIND US?

We knew you were coming over so we cleaned up the place. We brushed up some old code, refreshed server errors and vacuumed some bugs. Can we fix you a drink?