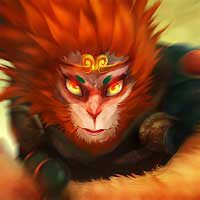 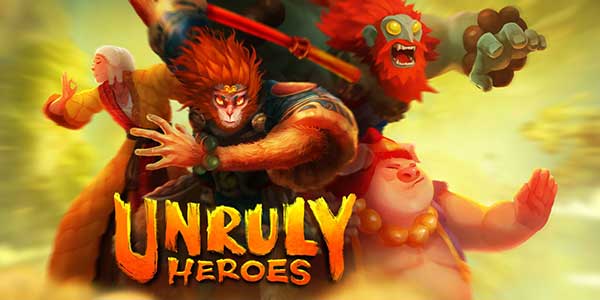 “Unruly Heroes” is a 2D action-adventure mobile game developed by the indie team at Magic Design Studios and published by Perfect World. The story is inspired by China’s first mythological novel “”Journey to the West” and strives to bring players an innovative experience through a fantastical art style and hilarious plot.

Since the dawn of time, Buddhist scripture held the balance between Heaven, Earth, and the myriad creatures. However, as Evil’s wickedness began to grow, this delicate balance was thrown into chaos when the divine scripture was torn to pieces and scattered across the land. Those creatures that have encountered the mythical power of the fragments inherited unprecedented power. In doing so, this newfound strength kindled their heart’s innermost wickedness, turning them into horrifying monsters. With a world in chaos, a master and his three disciples accept Guan Yin’s decree and set out to reunite the fragments into a new scripture.

The game follows the journey of a master and his three disciples as they fight, solve puzzles, collect loot, parkour, platform and more on their mystical demon-slaying adventure. You must capitalize on their special attacks and holy relics in a battle of wit and bravery against demons to complete their pilgrimage in reuniting the scripture.
Following its release on Steam and consoles, the mobile edition of “Unruly Heroes” is now available!

Fantastic hand-drawn art style—Rich and in-depth level design illustrates a vivid sense of realism.
Switch between the master and disciples—Effortlessly switch between the four characters both in and out of combat to overcome puzzles and obstacles.
Rich and varied gameplay—Over ten different gameplay elements including: fighting, puzzle solving, loot collecting, parkour, platforming and more.

How to install Unruly Heroes?