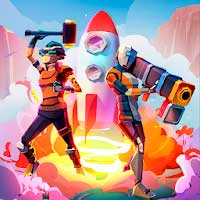 The new chapter of battle royale games is here!

NOW WITH DUO MODE! Invite your friend and play together!

Rocket Royale is an epic multiplayer online battle royale where the action takes place in a dying world. People desperately fight for their lives. But only one survivor… What a minute! In Rocket Royale not everyone is doomed! Everyone has a real chance to survive! Gather gears and build a rocket to leave this place. Or choose the hardest way and be the only survivor on the battlegrounds! Rocket Royale provides a lot of tactics by crafting and building covers around you! Be creative, act smart and make massive destruction on the sandbox battlefield! Increase your skills and you become the king of the battle royale!

Play on mobile and build your own way to the victory! Huge map to explore, fast-paced non-stop action, simple controls, destructable enviroment! Loot rare and legendary stuff, shoot yo’ enemies, gather resources and craft covers! In your arsenal more than 20 weapons and every weapon has its own rarity, parametres and attachments! Upgrade every weapon and work out your own style of playing! Make it to the top of lands of battle! Good luck! 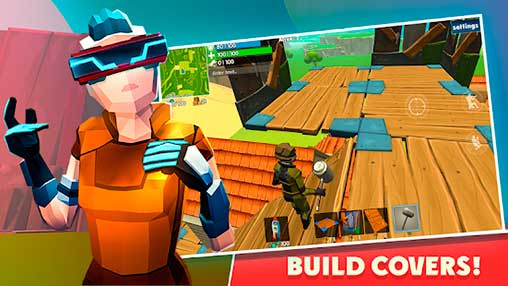