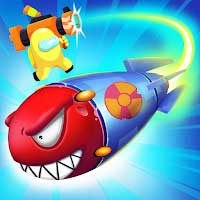 Rocket War is a fun and challenging puzzle game.

You have the chance to throw rockets as you’ve never done before! Shoot the villains and knock them out! Solve the puzzling challenges. Have a look at your surroundings and take advantage of the weapons available to kill your enemies at the same time. Breakthrough the wall, dig into the ground, blow up the bomb, do whatever you can to have the enemies defeated.

You have so many pocket guns to be revealed to use against villains, and you don’t want to miss out on any single level. Relieve your stress through Rocket War. Throw out some curvy rocket line at those people who annoy you most.

It’s certainly not easy, and you want to be tactical about how you will control your rocket at each challenging level. Are you ready for it? 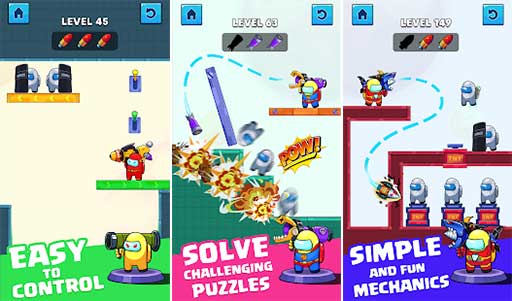