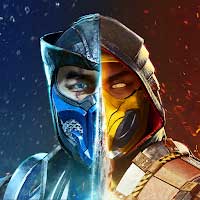 MORTAL KOMBAT MOBILE brings its trademark Fatalities to mobile, with stunning graphics, and over the top moves! Assemble an elite team of Mortal Kombat warriors now and prove yourself in the greatest fighting tournament on Earth.

Create your own team of Mortal Kombat fighters and lead them into battle to earn experience, new special attacks, and powerful artifacts. Team up warriors with unique synergies to get an advantage over your enemies such as Team Ronin, Team Nightmare, and Team Day of the Dead!

Prove yourself and complete a series of matches to bring new Mortal Kombat warriors to your roster! A new challenge begins every week!

Compete with other players in Faction Wars, an online competitive mode where players engage other player teams. Rank up in your own Faction’s leaderboard to earn weekly prizes.

Mortal Kombat Mobile brings its trademark Fatalities to mobile, with stunning graphics, and over the top moves that will punch you right in the guts.

Send characters on epic Quests to earn special rewards! Begin your journey in Outworld and make your way to Netherrealm!

* Mortal Kombat Mobile features high quality visuals. Performance is not optimized on devices with less than 1.0 GB RAM.
* Mortal Kombat Mobile is an online-only game.
* A minimum of 1.1 GB of free space is required on your device.
Content is generally suitable for ages 17 and up. Contains intense violence, blood, and gore.

Gold KLASSIC NOOB SAIBOT is available now as a playable kombatant in Mortal Kombat mobile! Straight from the Arcade, Klassic Noob Saibot’s moves are based on Ultimate Mortal Kombat 3 and Mortal Kombat Trilogy, bringing you moves like GHOSTBALL and TELE-SLAM! His Passive, BLESSED BY THE SHADOW, enhances his Special Attacks by making them unblockable or activating a continuous chain of attacks! We have also fixed several bugs in this update. 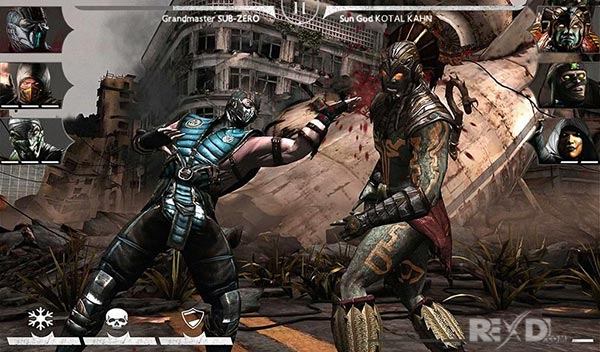