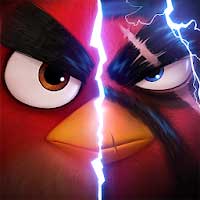 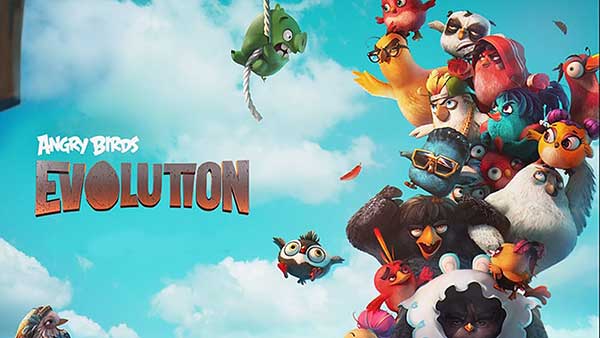 The Angry Birds are back! Build your team, train your birds and kick the pigs off Bird Island. Choose your favorites from over 300 ALL-NEW BIRDS in this action-packed RPG with superb 3D graphics. Mayhem! Drama! Hilarious Fun! Join the craze today!

COLLECT, ASSEMBLE AND EVOLVE YOUR FLOCK!

300+ crazy new Angry Birds?! That’s right, the flock is bigger and badder than ever before! Build your team own team, combine super skills and evolve your birds into their ultimate form. Gotta hatch ‘em all!

Claim awesome rewards by taking part in weekly events by yourself or with your clan buddies. Build the strongest, most awesome clan on Bird Island and show YOU RULE THE ROOST!

COMPETE AGAINST OTHER PLAYERS!

Welcome to the Oinktagon, where two teams enter, but only one leaves. Challenge other players in PVP tournaments of Pigball and dominate the leagues for awesome rewards. Nothing says: “You’re going down!” like a PIG IN THE FACE!

What’s worse than egg-stealing pigs? Over 90 all-new egg-stealing Pig types from tourists to pirates, that’s what. Drag, aim and FIGHT THEM OFF THE ISLAND!

EMBARK ON AN EPIC ADVENTURE!

Something sinister is brewing on Bird Island… who is behind the mysterious Bacon Corp? What is the Eagle Force? Who lost the keys to the dungeons? Where do all these breathtaking new areas on Bird Island come from? Find the answers – only in Angry Birds Evolution!

Evolution keeps evolving one update at a time! 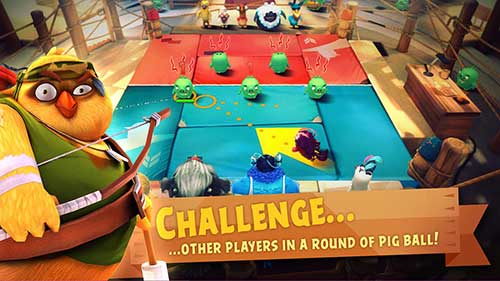