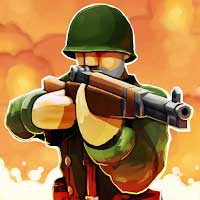 Alternate universe. Apocalypse, caused Worldwide War 2 almost destroyed the civilization. Take command of a few survivors in the almost destroyed underground shelter. Repair your bunker. Take the challenge to build the protected base for new survivals.

Develop your shelter. Construct your own refuge from building blocks. Manage workers to gain more food, and print new money. Make the right choice to build and upgrade rooms based on the amount of money and food.

Explore the post-apocalyptic world around your shelter. Loot equipment and weapons for your arsenal in battling missions. Train your squad to equip and arm with new weapons for rescue operations. Free captives from enemy’s prisons and strengthen your squad. Save powerful weapons for hard confrontations with tanks and snipers.

Take command on the last bastion of humankind. Military and survival strategy game.

-Weapon and outfit workshops are arriving at Last War.
-Workshops will allow you creating of new weapons and armors with blueprints.
-Get blueprints disassembling armors and weapons.
-Improve your barracks and fight with 6 soldiers.
-New weapons and armors
-UI improvements and bug fixing.
-Other balance changes. 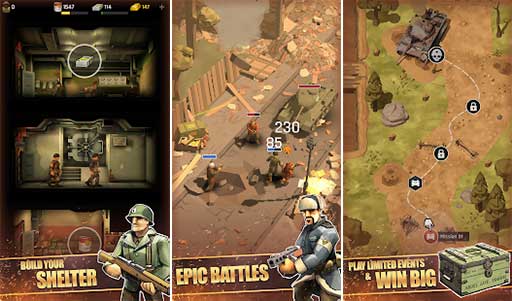