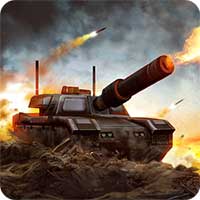 Welcome to Empires & Allies, an all-new modern military strategy game that puts the weapons of modern war at your fingertips in a never-ending battle to conquer the world.