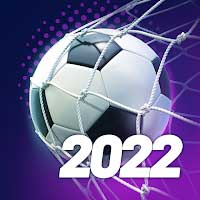 Do you dream of coaching a team of eleven stars hungry to be champions? New, free soccer club sim Top Soccer Manager puts sports fans like you in charge! Bid on and scout for top players, build and train a team with special skills, test tactics and formations against real opponents from around the world, and watch the match in live 3D simulation.

Top Soccer Manager’s immersive 3D graphics and a powerful game engine bring your coaching fantasy to life. Watch stunning games play out in real time as you command your eleven players or bet on other matches in your league. Every goal is a step further on your journey to victory.

As club head, you will test different formations, adjusting player line-up and tactics during play in response to your opponent. Pick a promising player to groom into a hero with special skills to score in the ultimate showdown. Build a team of champs to climb the leader board.

Hunt for players to meet your team’s needs. Bid against other soccer managers to win golden boys in the market, recruit all-stars with an agent, or use scouts to find young hopefuls you can make into tomorrow’s legends. Transfer players who no longer fit your strategy.

Face off against real opponents from around the world in league games. Give your team unique style with officially-authorized jerseys from Premier League, La Liga，Primeira Liga, Bundesliga, MLS. Grow your network of friends, exchange gifts, and grow team experience through friendly matches. Create or join a Soccer Association to gain more rewards.

For any issues or suggestions please contact us at https://gamegou.helpshift.com

Sail again! The 2023 version is new online!
[New UI] The UI has been fully updated, and the operation and interface expression have been optimized.
[New Features] The new social structure and one-click formation functions are launched.
[New Event] Season reward event is online, log in to receive it.
[Follow-up plan] Based on the new version, there will be more new gameplay and activities in the future. 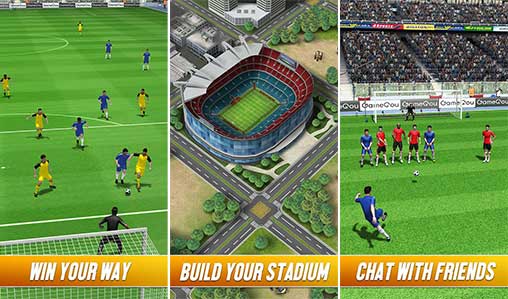