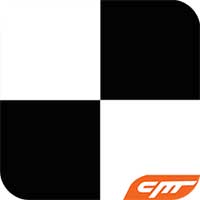 Piano Tiles (known on iOS as Piano Tiles – Don’t Tap the White Tile and on Android as Don’t Tap the White Tile) is a single-player mobile game launched on March 28, 2014 by Umoni Studio, specifically by creator Hu Wen Zeng. The game contains six modes, created by Amr Hoballah; these modes are Classic mode; the Arcade mode; the Zen mode; the Rush mode; the Arcade+ mode (which includes the Bomb, Lightning, Bilayer, Double and Undetermined sub-modest do trick is this that the game could be hacked); and the Relay mode. In late-April 2014 the game was the most downloaded application on both the iOS and Android platforms. In early July it was released for Windows Phone.

A sequel, Piano Tiles 2, was created by Hu Wen Zeng and launched by Cheetah Mobile on August 19, 2015.

A screenshot of a game of Piano Tiles in progress

Piano Tiles is a game where the player’s objective is to tap on the black tiles as they appear from the top of the screen while avoiding the white. When each black tile is tapped, it will emit a piano sound. In quick succession, forms famous compositions such as Für Elise and Ode to Joy . If the player taps on a white tile, the player will lose the game and be signaled by an off-tune note.

The Original World Famous Game-Piano Tiles!
This is a super fun and highly addictive game suited for everyone.
No special skills needed, all this game asks of you is an attentive mind and fast fingers!

How To Play:
The rules are clear: play your piano but don’t ever touch the white tiles.
Sound easy? Give it a try, and see how well you stack up against your friends.

Follow Us
We’d love to hear your suggestions and comments! We’ve got loads of improvements and new features planned, so stay tuned!

FOLLOW US ON TWITTER!
http://www.twitter.com/PianoTiles”
Contact Us
Cheetah Mobile is the exclusive agent of Don’t Tap The White Tile and Just Get 10. We recommend the best games for Cheetah’s 800 million users! Contact us:
[email protected]

+V3.4.4.5
1. Release fun time-limited game modes from time to time, explore inside the game
2. Support one-tap to Facebook, more convenient to keep updated with DTTWT
3. Optimize game functions, more smooth to play
+V3.4.4
1. Added a new music unlock mode, those who complete the challenge get an exclusive song.
2. Added a toggle for the clapping sound at the end of the game
3.Moved the music settings to the main page to make music management more convenient. 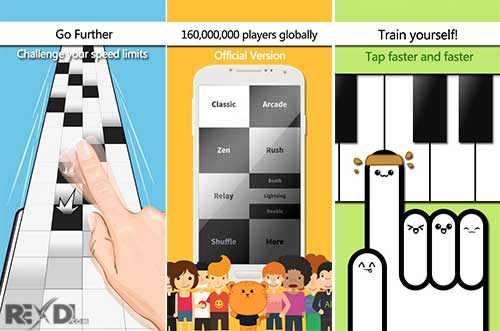