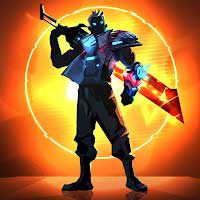 A BRAND NEW EPIC CYBERPUNK FANTASY ACTION GAME
🏆 Premium Feature: 2 unique costumes for Brandon (swordmaster class) and Hachi (archer class).
Hurry up and get stunning costumes for free to equip your unique cyber fighters. It’s time for you to become the Legend Cyber Fighter!
Cyber Fighters is a free-to-play of the new shadow stickman style game in cyberpunk theme, a great combination of action game, role-playing (RPG), and player versus player.

A new experience for players to enjoy the classic fantasy action fighting game. You will be amazed that Cyber Fighters is an offline cyberpunk game, which doesn’t need the internet to dive in a fantasy world & fighting the epic shadow battle. Fight in your own way because you can select among 5 unique cyber fighters with diversity skill & battle style. You can choose Cyber Officer Swordsman, The Punisher of God Thunder, The Queen Bee Archer Assassins, Cyborg Senseless Killer, and The Deathly Shadow Panther.

Ready to plunge into the cyberpunk world with infinite hack and slash battles & countless fast-paced action? Then welcome to Detroit city, where it all begins!

In 2077, World War 3 ended, the world map was redrawn. North America was divided into 5 regions intersecting in the city of Detroit. After a series of failed agreements between states, the city fell into anarchy.
More than 750.000 of civilians were forgotten by the rest of the world. Over time, in the forgotten city, formed criminal forces. They rebelled and fought with each other to compete for their influence over the city.

Everything in Detroit is now operating like an amip. If you can not be a part of it, then you will soon become its prey.
Will you be powerful enough to change that, cyber fighters?

For fans of classic Action RPG and Stickman Fighting Games around the world, you will not be disappointed for sure once join this game – a massive cyberpunk world full of gang wars, cyber weapons, hack n slash combats, survival battles, and many more.
Let’s start the adventure right now, fighters! It’s time for you to become the Greatest Cyber Fighter Legends!

Cyber Fighter offers five different heroes with a diversity of combat styles for players to choose: Slashing monster by a Thermal Blade, Thunder Hammer & Energy Spear or shooting their way over bosses by a Mighty Arrow or Power Cannon.

Besides the unique combat style, each hero will have their own comrade-in-arms to summon and it has their own combat style too. Fighting alongside your soul knight robot through the deathly shadow battle.

The Cyberpunk world in Cyber Fighters is full of the amazing design concept from background to character, & enemy design. You will be amazed by the fascinating graphic & effect skill in Cyber Fighters. 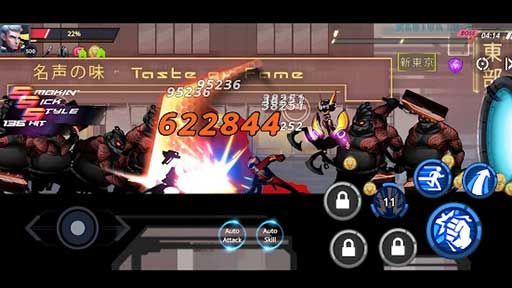