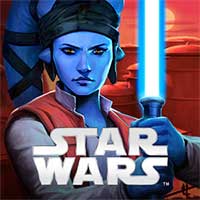 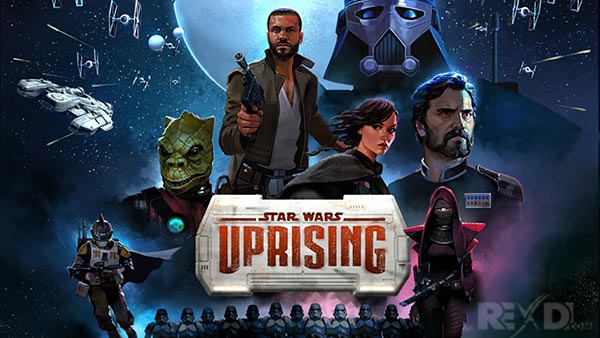 Star Wars: Uprising is an action role-playing game by Kabam and published by Disney Interactive Studios for iOS and Android. It was released on September 9, 2015.

The game’s plot is officially part of the new Star Wars canon. Set shortly after the events of Return of the Jedi, Imperial Governor Adelhard of the Anoat Sector refuses to release his grip, instead locking down the sector to prevent all incoming and outgoing space traffic to keep everyone within and allow him to maintain an iron rule. He refuses to accept the death of Darth Vader and Palpatine as the fall of the Empire. As the Rebel Alliance only has a small presence in the sector, smugglers, assassins, crime lords, nobles and crime cartels form their own rebellion against Adelhard.

Players can create avatars and are able to purchase skills and upgrades. They can amass a crew to assist them in battles. The game can be played by up to four players. Playable classes include the Smuggler, Bounty Hunter, Rebel Guerilla, Diplomat, Gambler. The player is not able to control force sensitives or use force abilities, or use light sabers.

Join millions of players worldwide in a brand new fight against the Empire! Engage in massive Sector Battles to dictate the expansion of in-game content, create your own powerful character and crew, and play real-time co-op with friends.

The Galaxy Needs a New Hero. What Kind Will You Be?

CREATE THE HERO THE GALAXY NEEDS
Choose from a wide range of abilities, species, visual customizations and classic Star Wars™ gear to become the next Han Solo, Boba Fett or entirely unique hero of your own design with a unique open class system.

A NEW CHAPTER IN STAR WARS
Play the first mobile game in the Star Wars universe that takes place between Star Wars™: Episode VI: Return of the Jedi™ and Star Wars™: The Force Awakens™.

REAL-TIME CO-OP AGAINST THE EMPIRE
Explore the secrets of the sector, build a powerful cartel with allies, and play alongside friends in synchronous cooperative play.

BRAVE CHALLENGES ON CLASSIC AND NEW WORLDS
Battle your way through missions on Hoth, Cloud City and more, fighting against powerful bosses led by an ominous new adversary. 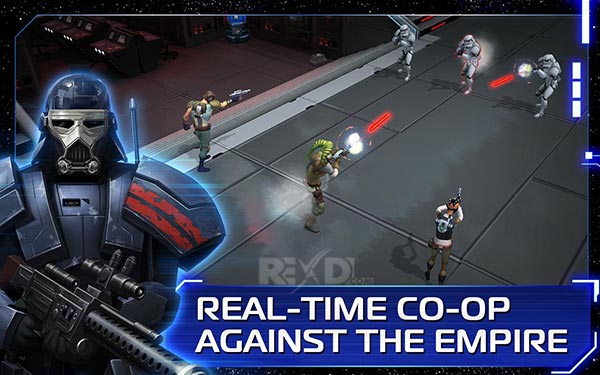 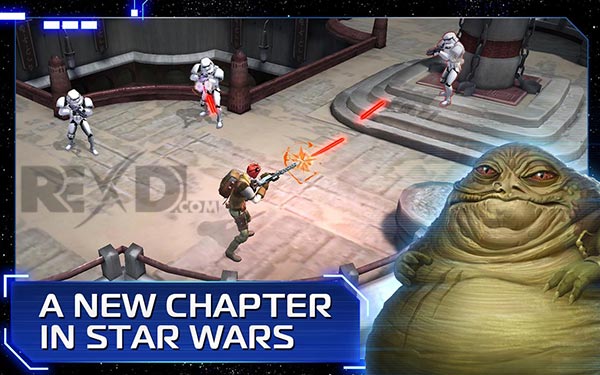