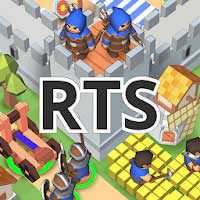 Open “Community” in order to play online, create own levels or download levels made by other players! Hone your art of war, victory can’t be bought!

Join our friendly indie community in Discord and socials to find friends and share your ideas with the developer! The game is available on mobile and PC.

Defend and siege strongholds in the world of middle age empires and medieval warcraft!

Give commands to each unit or whole army with convenient control.
Collect resources and evolve economy in real time. Don’t worry about loosing progress with a autosaving system. Play portrait or vertical orientation.
Build anywhere across the map and train melee, archers or cavalry without artificial timers.

At the initial stages of the game, you need to build an effective economy. Resources should be enough to build a planned army. Do not forget about protection. Build one or two towers at the beginning of the game.
During the attack, the army needs reinforcements. Barracks allow you to set a gathering point for warriors. 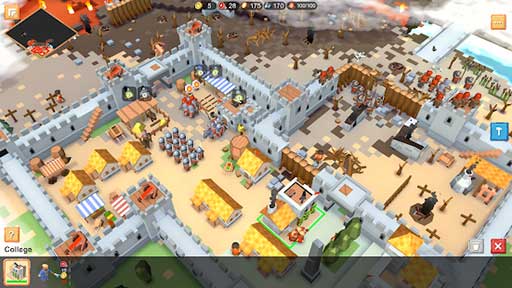