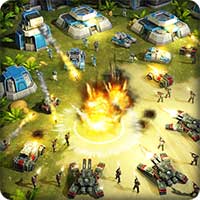 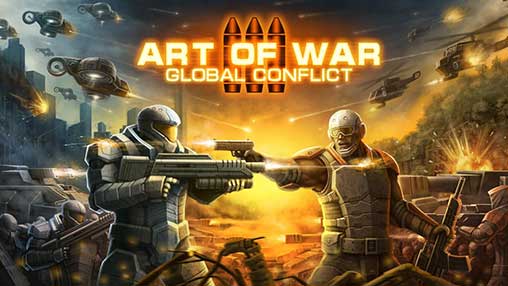 А unique mobile MMO real-time strategy war game – command, conquer and defeat your enemy on a battlefield. In this game you have to fight with other players in PvP battles, invent new combat tactics, develop your victorious strategies, upgrade infantry, tanks, land vehicles, navy and air force to obtain supremacy over the enemy in a battle.

Art of War 3: Global Conflict (AOW) – is a real-time strategy game in the best traditions of Red Alert and Command & Conquer series. The action takes place in the near future. The world is engulfed by a global conflict between 2 warring factions – the Confederation and the Resistance. Choose your side and fight shoulder to shoulder with other commanders to win in this confrontation.

This online real-time strategy (RTS) modern war game gives you an opportunity to feel yourself a general on a battlefield. Build your base, train infantry, produce tanks and armored vehicles, battle aviation and warships to defeat the enemy. Use superweapons and unleash your power! Join with your friends into a clan and fight other clans to dominate the world. Bring your enemies to a total annihilation!

We need you, general!

It is multiplayer online game. It needs constant stable internet connection.
The game is in a soft-launch.

● Mammoth damage increased by 10%. The cost of Barracuda and Poseidon was reduced.
● Suez Canal, Fisherman’s Harbor, Frozen Bay, and Whale Bay maps redesigned.
● Tournaments last for 10 days. There are 20 battles available.
● The higher the league, the more points for winning a tournament battle are added.
● Automatic turning of fighters improved. Aircraft now turn after attacking a target.
● The most difficult contracts are made easier or removed. 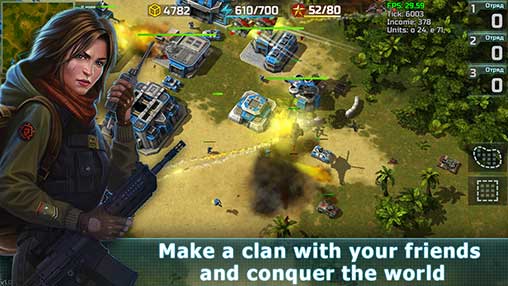 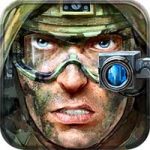 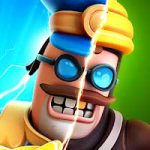 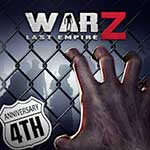 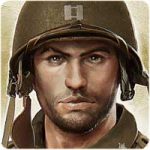 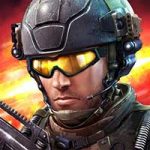