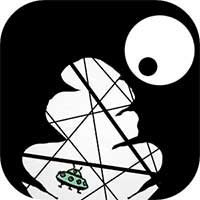 It’s the end of the world and you are the lone survivor in a tiny spaceship. Get ready to dodge everything that is trying to kill you! Your reaction time and precision is key! No Humanity is the hardest bullet hell dodge game. Compare your score with friends and watch as they struggle helplessly. This game is the impossible game.

– Incredibly challenging gameplay as you dodge your way through an intense bullet hell environment
– Loads and loads and loads of things trying to kill you, even YOUR FRIENDS!
– Compete against yourself and other people in a global scoreboard. Become the best!
– Real-time MULTIPLAYER online mode, where you can play against your friends under the same WIFI or 4G
– CLAW MACHINE simulator as unique rewarding system, play the crane machine to win over 160 prizes!
– OFFLINE MODE also available, play without internet, save bandwidth!

This is a perfect game for TROLL, ANGER MANAGEMENT and SMASHING PHONES.

THIS IS WORLD’S HARDEST GAME!

* DON’T LOSE YOUR SPACESHIPS, WEAPONS AND WORLDS! *
Sign-in with Play Games. All your spaceships, weapons and worlds will be saved to your Google Play account!

# Require access to the following permissions #
– Video Camera and Voice Recording: For players want to record their gameplay and sharing it to the world. 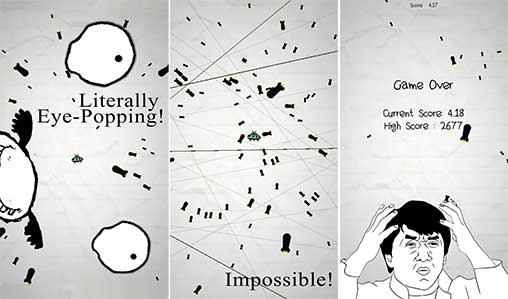