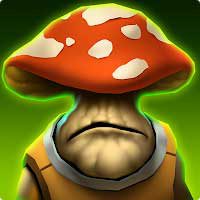 Shred some shrooms!
Turn the tides with powerups!
Find new loot and fuse it!
Fight new levels and bosses!

Watch out, there are some humongous fungus amongus! But it’s no truffle at all cause in Gun Fungus we’ve armed you to the teeth. The levels are crawling with mushies so grab your biggest’n’baddest gun for this one cause it’s about to get really explosive really fast!

Blast, dodge, reload, repeat! But that alone is not gonna cut it, and don’t expect high morel standards from the shrooms either! This is a shred or get shredded scenario if you’ve ever seen one. But! The good news is that as soon as the levels of mushroom infestation in a area is stable, and when you land that final shot, you get to increase your power and find new loot! They say a picture is a thousand words so let’s go paint some art with this new kickass weaponry, right?

Dan Verge
Very slick, lovely animation and almost entirely optional ads. The rpg upgrade system feels a little cut and pasted from several other games but I can look past that because it plays so smoothly and looks so good. Looking forward to seeing more content.


Lawrence Haines
Great little game that takes a bit of skill and some grinding for loot aspects. Keep losing my sound after ads though and can only get it back by restarting my phone. Good time killer and fun to play.


Krzysztof Kuchcinski
Game is pretty awesome, very responsive and I really enjoy the graphics. Needs a way to spend earned gems and more levels though (I finished the first 3 already) 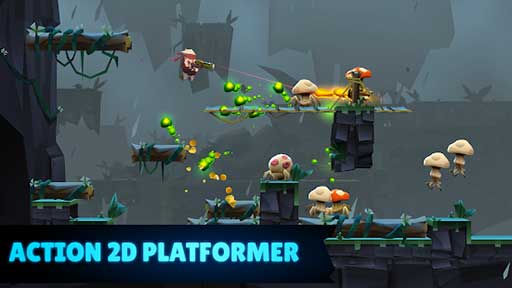