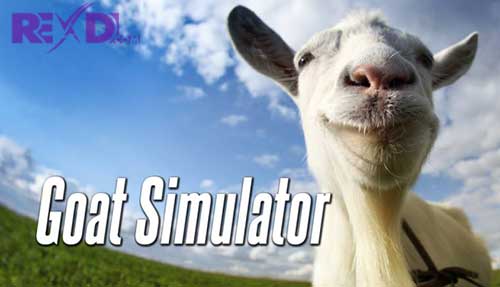 The game has been compared by the developer as akin to skateboarding games, but where the player controls a goat aimed at doing as much damage as possible around an open-world map, without any other larger goals. The game, initially developed as a joke prototype from an internal game jam and shown in an early alpha state in YouTube videos, was met with excitement and attention, prompting the studio to build out the game into a releasable state while still retaining various non-breaking bugs and glitches to maintain the game’s entertainment value.

The game received mixed reviews; some reviewers praised the title for providing a humorous sandbox interface to experiment with, while others criticized the game’s reliance on social media to popularize what was otherwise a simple and buggy product.

New character/mutator – Eggbert
* Is it an egg? Is it a chicken? Is it a goat? Play as Eggbert, the walking egg!

New Character/Mutator – Easter Goat
* Play as a fully decorated easter goat that spreads the joy of easter wherever it goats!
* Lays eggs that explodes in a flurry of colors.
* Can have up to three chicken goats that follows you around.

Easter party
* The humans are having a party and celebrating easter. Join them in the celebration or just be a goat and bleet til your hearts content and destroy everything!

Gameplay-wise, Goat Simulator is all about causing as much destruction as you possibly can as a goat. It has been compared to an old-school skating game, except instead of being a skater, you’re a goat, and instead of doing tricks, you wreck stuff. When it comes to goats, not even the sky is the limit, as you can probably just bug through it and crash the game.

DISCLAIMER
Goat Simulator is a completely stupid game and, to be honest, you should probably spend your money on something else, such as a hula hoop, a pile of bricks, or maybe pool your money together with your friends and buy a real goat.

KEY FEATURES
• You can be a goat
• Get points for wrecking stuff – brag to your friends that you’re the alpha goat
• MILLIONS OF BUGS! We’re only eliminating the crash-bugs, everything else is hilarious and we’re keeping it
• In-game physics that bug out all the time
• Seriously look at that goat’s neck
• You can be a goat

Android TV users: a compatible gamepad is required to play

NEW User Interface which we built from scratch (mostly)

Improved localisation in all languages

Most improvements are under the hood, so expect less crashes and an overall more stable experience. Enjoy! 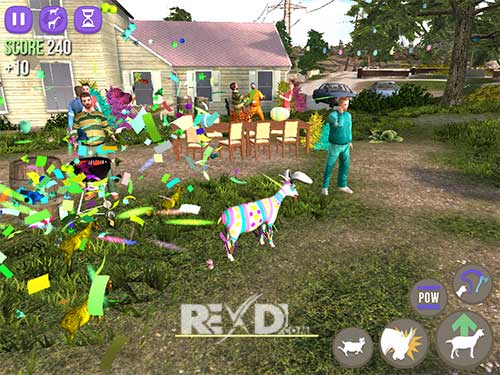