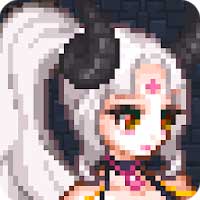 2018 Best DOT RPG Game,
‘Dungeon Princess’ is the most popular online virtual game around the world.
The first party who clears the final stage of the Dungeon will be rewarded with fantastic prizes and a female player in this party shall henceforth be named ‘Princess’ who will obtain extravagant privileges.
‘ISM’, a gaming genius starts off his journey into Dungeon Princess with the aim to make his sister ‘NADIE’ into a princess.

▶ Unique battle system
Unlike routine battle games played in turn, you can choose various skills in real time during battles as long as stamina allows while each skill needs a different level of stamina. The effort to find out the best combination of skills and character lineup as well as timing for attack is the key to enjoy this game.
Excitement from creating battle strategy and also from managing the control on attack timing by your own fingertips! Be the winner of this game with set items buffs & attack skills while reacting to enemy attack charge ups, and disrupting their spells with stuns.
Furthermore, utilize the character swap function mid battle to replace injured characters for an extra boost towards success!
Clear the final stage to receive rewards and crown your sister NADIE a princess!

※ Caution: Dungeon & Princess is an Offline Game. Server based data saving is not provided by this game. All user data is saved only on the device of the user. Therefore data cannot be restored once the app is deleted. Please utilize the save on Cloud function within the game.
※ Refund Policy
Refund is available within 2 hours after purchase by using the Refund Button provided by Google. However, you cannot claim for refund after 2 hours.
Enquiries on refund: [email protected]/ +82-10-5184-3834 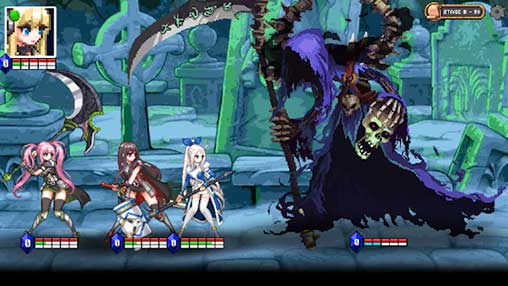