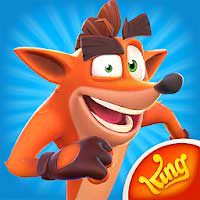 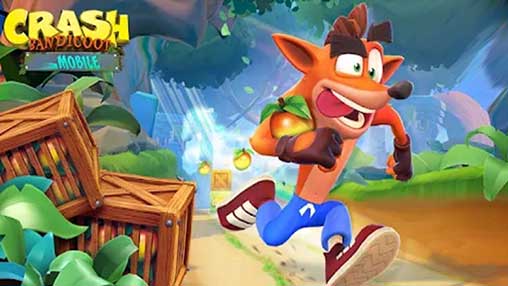 A new kind of Crash adventure featuring your favorite characters! Crash & Coco team up to put a stop to Dr Neo Cortex’s evil plan to destroy the multiverse!

In this new mobile episode, Dr Neo Cortex has dispatched mutagen henchmen across the multiverse to enslave all dimensions. With the help of his sister Coco, Crash must bash Cortex’s minions back to their own dimensions!

Run, spin and slide your way into madness with this new Crash Bandicoot game!

– Jump, slide and spin through the iconic tracks of the Wumpa Island
– Complete awesome battle runs
– Team up with Coco to find and defeat Dr Cortex’s minions

YOUR FAVORITE CHARACTERS ARE BACK

– Take on classic enemies and bosses including Mutagen Ant, Scorporilla, Nitrus Brio and Dingodile!
– Beware of the Buzzsaw turtles and spiders!

EXPAND COCO’S BASE & SAVE THE MULTIVERSE

– Unlock key buildings to create an arsenal of weapons: serums, bombs and even rayguns!
– Go on collection runs and gather ingredients and parts to upgrade Coco’s base
– Load up with your nitro and frosty serums, bombs and rayguns!
– Battle run and bash the evil henchmen back to their own dimensions!

By downloading this game you are agreeing to our terms of service which can be found at http://about.king.com/consumer-terms/terms
Easily sync the game between devices and access full game features when connected to the internet

Ready to get crashing, Bandicoots? A new update has landed!
• Bug fixes — including fixing obstacles and preventing crashes
• Level improvements and general optimizations 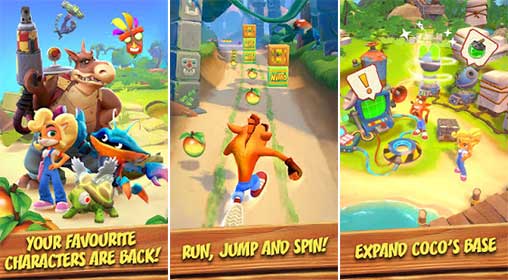