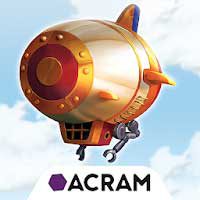 Build and Discover in Charterstone!

The campaign is divided into a series of separate games. Each game will have its own unique rule and bonus objective. Each game will build upon the previous one and add something new! Your decisions and play style will affect the progress and the end of the campaign. What’s more, there are no negative interactions between players. In other words, you score points on the back of your own strategy, not by undermining your opponents. It’s especially important when playing against your friends or family in online or hot-seats multiplayer!

So what is the game about?

Can you convince the forever king to declare your village the new Eternal City?
✔️ Pick one of the 6 unique characters to lead your charter
✔️ Discover new buildings, scoring possibilities and game mechanics
✔️ Strategize and manage your workers, buildings and resources
✔️ Watch the ruleset, and the village, expand from game to game
✔️ Build upon your progress from previous games
✔️ Uncover the story as you progress through the campaign

What can you expect?
• Official Charterstone rules, consulted with Jamey Stegmaier himself
• Play with AI, friends or both – great experience for both solo and group play
• Online cross-platform multiplayer
• Hot-seats style local multiplayer
• AI opponents – Easy, Medium or Hard
• Full 12 games Campaign
• Single Game mode – a flexible and adjustable mode for a quick match!
• Save your map at any time and play it later with your friends
• Pre-set and randomly generated maps
• Awesomely animated board game map, buildings, cards, characters and more!
• Full replayability – no two campaigns will be the same
• Beautiful art by Mr. Cuddington and Gong Studios
• Unique experience of a board game with the convenience of a digital platform

For more information check out some of our sites:

v1.1.7
[Change] We updated the Privacy Policy to include Acram Digital Sp. z o.o. – which wile legally distinct is the exact same team.
[Fix] On some screen resolutions, the cards shown during crate opening were smaller than they were supposed to be.
[Fix] Fixed the issue that caused the game to freeze due to crate being opened at the beginning of the game.
[Fix] Loyal/Rebel personas chosen in game 11 were active straight up – this was fixed. 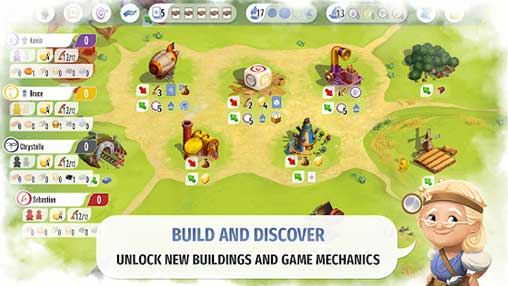