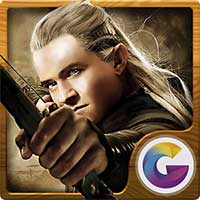 Lead Gandalf, Bilbo, Legolas and more in a battle to defeat the forces of evil! Join Millions of players online to build your Elf or Dwarf Kingdom and rule Middle-earth!
►►►Official mobile game of The Hobbit movie trilogy◄◄◄
►►►Over 20 million players and counting◄◄◄

The battle for Middle-earth has just begun! PLAY FOR FREE and join millions worldwide to drive the Goblin hordes from the lands beyond the Misty Mountains in The Hobbit: Kingdoms of Middle-earth! Gather friends to form powerful Alliances and make your way to the top of the leaderboards. Play as an Elf or Dwarf as you join Gandalf, Bilbo, and Thorin to build your empire and dominate the realm of Middle-earth. 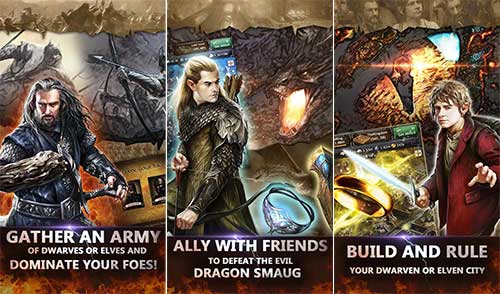