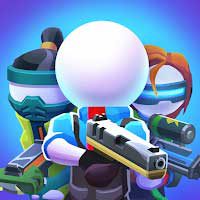 💣 Squad Alpha – are you up to the challenge?

Looking for an engaging casual shooter that’s easy to get the hang of but offers engrossing action 🪖and real tactical challenges? Squad Alpha is a top-down shooting game with intelligent mechanics, loads of cool upgradeable guns, and addictive gameplay that’ll have your trigger finger itching and tickle your strategic brain.

Duck, dodge, run and take cover, then pick off multiple targets to complete endless levels of thrilling action and get awesome rewards 🎖️ so you can upgrade your gear and prove your agents worthy of the elite Squad Alpha!

🔥 The alpha and omega of mobile shooters 🔥

Plan your moves and let the bullets fly in this edge-of-your-seat action game that’s fun to play for 5 minutes or hours on end. Looking for a new take on a top-down shooter that combines tactical challenges with really engaging gameplay, stylish looks, and super-cool sounds, and a huge amount of collectible to ensure there’s always something new that’ll keep you coming back for more and more fast-paced shooter action?

CAMPAIGN EXPANSION
Hell is your next challenge after completing Episode 6! Fire enchanted Elites, minion-fortified Bosses and a time limit which hurts! Do you have what it takes to beat Hell?

NEW LEGENDARY WEAPONS
Blizzard, Buffer and Meteor are now obtainable from enemy drops and when featured in legendary weapon chests!

MULTICRAFT IN WORKSHOP
You can now craft multiple resources and gear items at once! 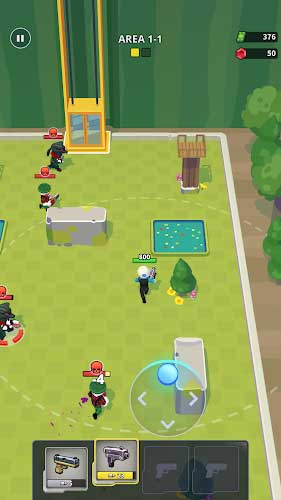