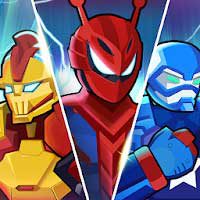 WELCOME TO THE CONTEST:

The greatest battles in super power hero history are in your hands! “Robot Super: Hero” is a hyper hero robot fighting game.
The game has a huge variety of characters that are the step out of comics then transformed into hero robots.
They summon you to a brawl of super powered heroes against a line-up of vile villains in boxing games.
Let’s play your own way! Pick a super powerful hero and bring the war to the enemy’s doorstep.
You will surely be attracted by epic combats and super power heroes with mighty weapons or stunning skills for the hero robot.
Fight for the right things, become the champion in the robot battle. Play all the time! Keep the champion!
Experience the best free-to-play robot fighting on your mobile device.
This is the best combination of the super mighty hero game, real steel robot, boxing robot game, hero robot and real steel boxing games in these battles of Super Modern Robot.

Each super mighty hero prepares himself with stunning skills for the hero robot and incredible force to knock out the robot enemy.
You can optionally pick free heroes robot conforming to your interests: robot spider, robot doctor, real steel robot v.v
Besides, a bunch of super robot heroes, especially robot spider is awaiting to join the robot fighting just by leveling up.

With Robot Super: Hero, a robot fighting game, you will experience this best joyful hero robot game anytime and anywhere without the internet. It must be the best super robot game that you’ve ever played.

Many ways to win rewards:

We have a great avenger robot gaming community! Join us, speak right to the devs, get the latest news. 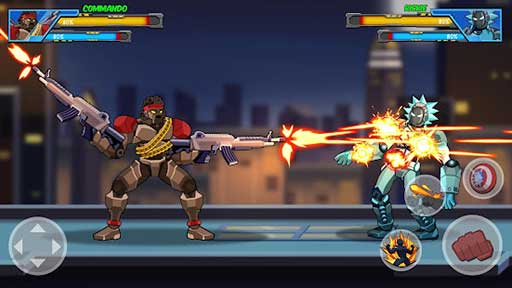