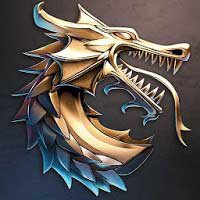 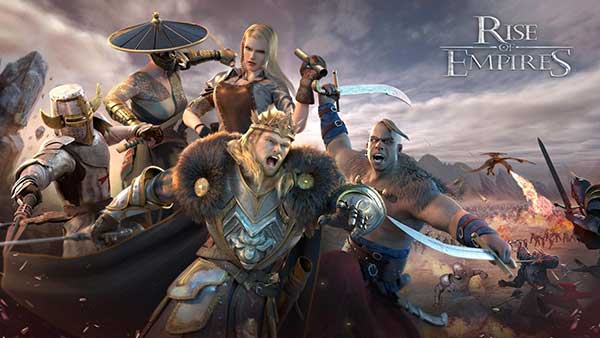 One World, One Server

Rise of Empires is a Massive Multi-Player, Real-Time strategy war game. The player will take on the role of a leader in a small town devastated by the invasion of the Eastern Dynasty and the mysterious appearance of the legendary Death Harbingers who now has corrupted and have full control of the ancient powers of the dragons. Build your empire once again from the ruins, train your troops, tame dragons, recruit legendary heroes and join your allies in the non-ending war. To befriend or to plunder, the choice is yours!

-World Wide War
Real-time combat against players across the world, lead your country to greatness

-Strategic Gameplay
One set of units just simply cannot dominate, Footmen, Cavalries and Archers, You have to know your enemy and yourself to walk the battlefield of this world.

-Powerful Dragons
Powerful dragons each with different unique shouts are at your disposal, crush your enemies with their help!

-Hero System
Whether you like to engage your enemies at a distance, take them on at close quarters, or you enjoy developing your base at home, there are TONS of heroes that can help you with just that!

-Alliance Warfare
Whether it’s going against different servers, or fighting for the title of the president at home, your alliance will always be backing you up, as long as you find the right people of course.

-Realistic Graphics
The Map, The World, Your City, The Units, The Heroes, Everything just seems, REAL

-Build Your Empire
Absolute Freedom in City Building, upgrade your facilities, research your technologies, train your troops and recruit powerful heroes to strengthen your empire!

NOTE: Rise of Empires is free to download and free to play, but does offer in-app purchases of items and other gifts. In-app purchases can be disabled through your device’s settings.

The “Season Stats” will be displayed in your personal info and effective in the next season.

Fixed the issue where the common soldiers were displayed as strengthened soldiers in the battle reports. 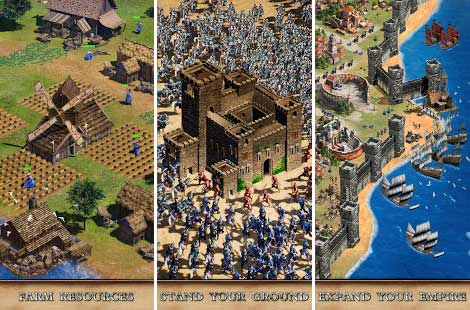