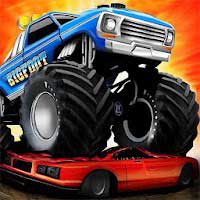 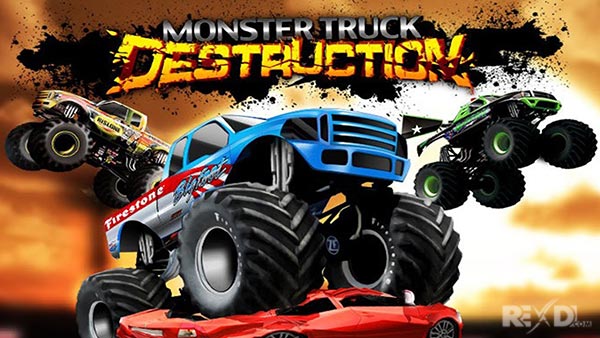 Drive and destroy your way to glory

Your fans are calling out for destruction and you’re going to make sure they get it! Get behind the wheel of one of 30 monster trucks and put it to its limits to destroy everything in sight. Spin your wheels in competitive Drag races or send your ride leaping off jumps and smashing into other cars in Freestyle mode.

Drive 30 different monster trucks including the legendary Bigfoot through drag races that test your handling and freestyle races where destruction and stunts wow the crowds.

Play around with truck physics that cause trucks to bounce, drift, and tire slip realistically. Smash through cars to see the dynamic damage system in action and impressive graphics.

TINKER UNDER THE HOOD

Visit the garage and upgrade your trucks with new new engine, intake, trans, shocks, and exhaust part that radically change your ability to leap further over cars and smash through objects.