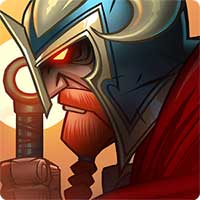 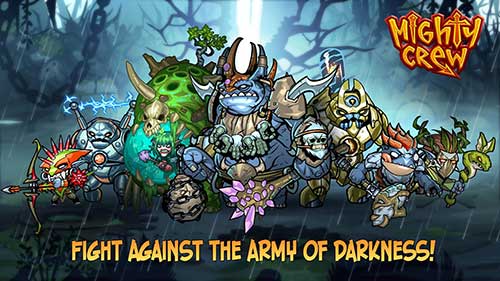 Experience fascinating adventures in the harsh land of the Nordic peoples. Become a great warrior and save the last remaining city of men!

The power struggle between the Millennium Master and the Alchemist plunged the whole continent into war. Cosmolis, a deity from another dimension, fought bitterly against the Master. During the confrontation, a dangerous virus was released that turns people into blue-faced goblin-like creatures called “bluesnouts” These goblinoids started driving people out of the northern lands and are now planning an assault against the last bastion of humanity, the Western Megapolis. Only you can save the city!

The legendary bearded Viking warrior you control knows no fear. Under your guidance, he will vanquish hundreds of evil monsters, including goblins, golems, and other stone creatures. Discover Cosmolis’ insidious plan and face him in glorious combat for the fate of the whole world!

Mighty Crew: Millennium Legend is a beautiful meld of action and RPG, of slasher and side-scroller.

Improve your skills and find new equipment and weapons for your hero.
As you complete more and more levels, your technoviking will learn new moves and attacks that you can put to good use in the Arena.

Fight in survival battles to win valuable prizes. You can also get rare items from chests or forge fine equipment at the Blacksmith.

Finally awakened after a thousand-year slumber, this berserker can masterfully wield any weapon, be it a massive sword or a long poleaxe. He fears neither magic nor monsters, neither beasts nor bosses. His quest – to put a stop to the lawless mayhem waged by barbarians, goblins, yetis, shamans, and other forces of evil!

Drive back the shadow of evil before it consumes Millennium. Save the continent! 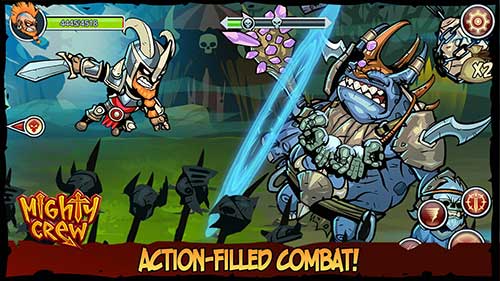