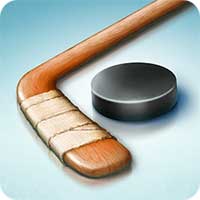 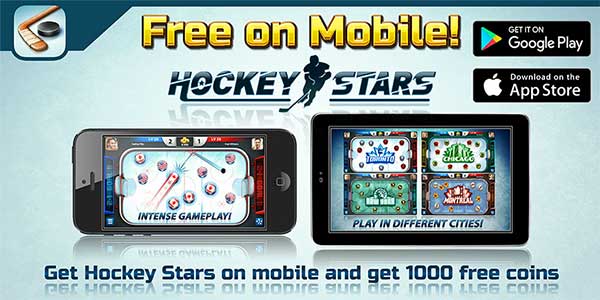 The world’s best multiplayer hockey game on mobile, from the creators of multiple smash-hit online sports games!Take to the ice and become a legend in HOCKEY STARS! Face-off against the world in 1v1 multiplayer matches: power your shots into the goal, or use close-control and precision aim to hit the back of the net!

BE THE BEST, BEAT THE REST
It’s YOU vs THE WORLD! Play fast-paced matches and take your team up the global leaderboards to win big prizes!

PLAY YOUR FRIENDS
Only one can rule the rink! Challenge your friends and show them who’s the REAL hockey star!

TONS OF TEAMS TO UNLOCK
Represent your country or choose from a huge selection of teams, each with unique designs and powers. Pick your favourite!

– New 1-on-1 tiers: New York and Los Angeles!
– Are you a risk taker? Play now in the All-in tier for the chance to double your money! Score 4 goals in order to win!
– Weekly competitions are here! Compete for awesome prizes!
– Go up the ranks in the leagues competition!
– Share gifts with your friends!
– Enjoy Hockey Stars in 6 languages: English, French, German, Italian, Spanish and Russian.
– Our next update is coming very soon! Keep an eye out for it!
– Bug fixes and improvements 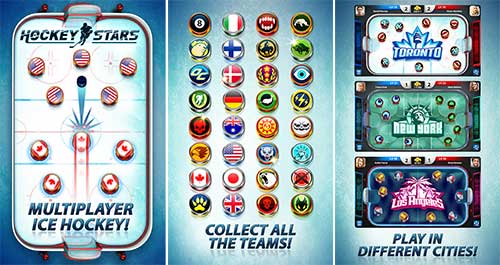