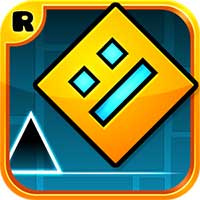 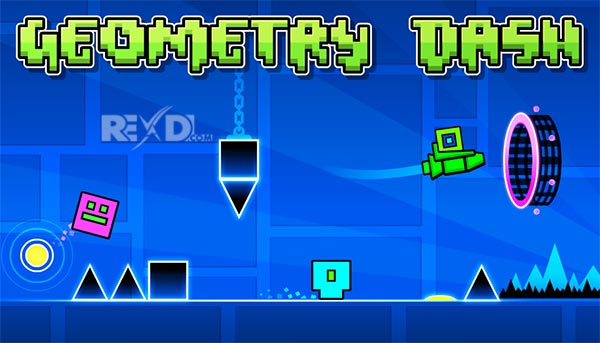 Geometry Dash is a 2013 mobile game and Steam game developed by Sweden-based developer Robert Topala, and published by his company, RobTop Games. It is a rhythm-based running game which currently has 20 levels, with each stage featuring unique background music. Although the player is not required to complete a level to advance to the next, they increase in difficulty for the most part. Other features of the game that exist in the latest versions are a level editor, map packs, user-created levels, secret coins and a great variety of icons.

Jump and fly your way through danger in this rhythm-based action platformer!

Prepare for a near impossible challenge in the world of Geometry Dash. Push your skills to the limit as you jump, fly and flip your way through dangerous passages and spiky obstacles.

Simple one touch game play with lots of levels that will keep you entertained for hours!

Update 2.11 is here!
This update will function as a smaller “pre-update” before Update 2.2. Lots of fun stuff planned 🙂
– New icons and effects!
– New community shop!
– Weekly Demon challenge!
– Folders and level sorting!
– New demon chests!
– Level leaderboards!
– Lots of bugfixes and tweaks.
– Some rewards were duplicated because of a bug. This has been fixed and duplicated rewards have been removed. If you have lost any orbs/diamonds/shards after loading 2.11, thats why 🙂
/RubRub