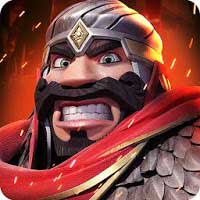 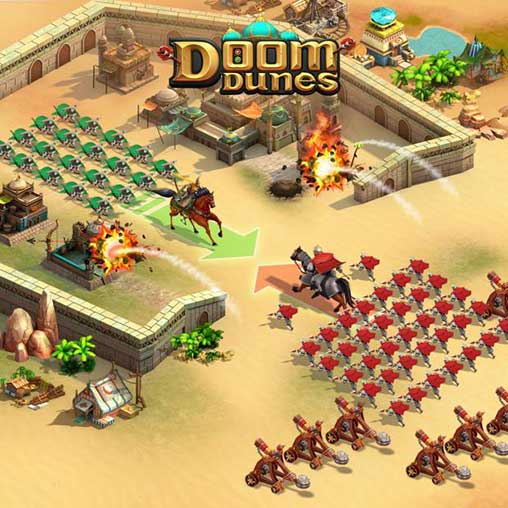 Make friends and enemies with players from all over the world in this new action packed strategy hit!

Doom Dunes lets you take on the role of a noble prince with big ambitions! Form alliances with influential princes and develop your humble castle into a bustling empire. Collect riches from faraway lands, hunt wild creatures and train an elite army to fight opponents on the battlefield!

Features:
1. Strategic gameplay: reinforce your army through research and recruitment. Know when to lie low and when to attack!
2. Teamplay goes global: be part of an international alliance where you can research, hunt and fight side by side!
3. Real-time 3D combat: follow PvP battles in real-time, send reinforcements and supplies!
4. Build, train & prosper: Build up your base, collect resources, bulk up your army & build a mighty empire!
5. Conquer the world: Vanquish roaming monsters for the treasures they hold. Attack other players’ castles to plunder their resources & climb to the top! 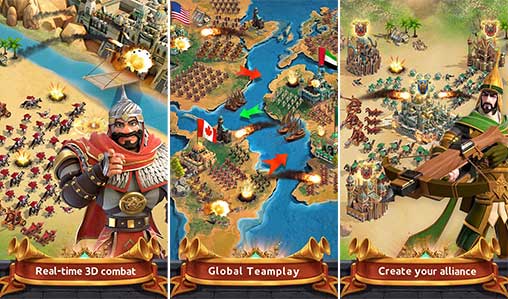