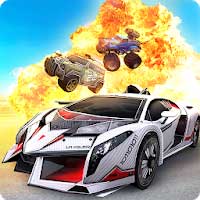 • Experience the thrill of racing and shooting in one game.
• Engage in fast-paced car battles against players from all over the country.

BATTLE IT OUT IN 3 DIFFERENT GAME MODES

• Deathmatch – It’s all-out war against 5 other players. Expect full scale madness and mayhem.
• Team Deathmatch – Work with your teammates to eliminate the other team in this 3v3 battle for supremacy.
• Capture the Point – Outwit the enemy team and control the arena. Only the strongest can survive.

CHOOSE YOUR CAR FOR BATTLE

Choose from 10 different cars – from monster trucks with rapid-firing Gatling guns to hybrid motorcycles with deathrays. It’s your choice. How would you like to eliminate your enemies?

CUSTOMIZE YOUR CAR AND UPGRADE YOUR WEAPONS

Enhance your car’s performance with Skill Points and Chips. But it’s not enough that you kill your enemies. You have to kill them with style. Choose from a wide variety of skins to match your killer persona. Kill them fast while looking good!

The world is in chaos – governments have fallen, cities lie in ruins, and the people struggle to survive. The World Organization of Assassins is leading the plunge into a new dark age, wreaking havoc wherever they go. Equipped with the best cars, outstanding racing skills, heavy firepower, and devil-may-care attitudes, they satisfy their lust for blood, money, and power through their favorite game: the death race.

With the whole world as their battle arena, anyone caught in the crossfire dies. But the death race isn’t just for the assassins. Everyone can join and take home the bounty… that is, if you can survive until the end.

Do you have what it takes to beat the assassins at their own game? Load up your guns, rev up your engines, and get ready for a killer ride. 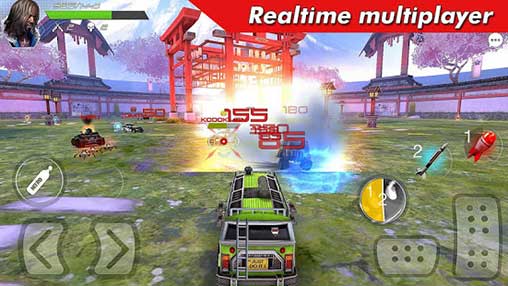