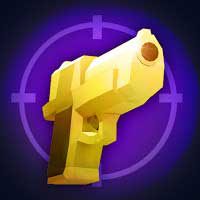 Are you ready to fight zombies with epic weapons and become the hero?!
Start your zombie adventure and defeat bosses in this action-adventure top down shooter.
Many weapons to unlock and upgrade and waves of zombies to defeat!
Level up your hero to unlock secret abilities,defeat all the bosses and collect chests to advance to the next level

Enter a world where you are the chosen hero!
You are the hero, and with your epic weapons and skills your goal is to the defeat the waves of zombies coming for you, only you can stop this zombie apocalypse
Advance through the levels defeating bosses and collecting chests, gain experience to unlock incredible skills and level up your guns. There are many skills to be unlocked like ricochet, double bullets, or faster shooting.

Fight incredibly strong bosses and prove that you are the chosen hero
The combination of zombies and hit and run survival game is what Zombite brings to the table.

Key Features
Collect chests dropped by enemies to advance
– Epic boss fights
– Use an incredible array of weapons designed to fight zombies
– Unlock skills to help you on your zombie adventure
– Multiple worlds, each with its own original zombies
– Hundreds of never seen before enemies to crush
– Easily reload your ammo
– Make progress every time you play this addictive game
– Shoot and load while you are standing in place
– Random selection of power ups, abilities and weapons

Each time you enter the zombie world your progress is saved and you are always playing to unlock a new feature. If you can’t survive, you will have to restart, but all the progress and XP you have gained stays with you and you can continue to progress.

You need to defeat your enemies and collect the chests they leave behind to progress in your mission and advance to the next stage. There are epic boss fights awaiting you in every world. Can you defeat them and save the world?
Zombite brings a new twist to the top down shooter genre by improving the controls and making sure every time you play you progress in the game.
Get ready to start this adventure and fight zombies in different worlds and levels.
You will have to guide your hero through multiple worlds and make your way to the final room and defeat the ultimate boss. Every run starts with the selection of a random skill and weapon. Throughout the adventure you will unlock special abilities and new weapons to fight the zombies. Every time you play your skills set can be different as the weapon and power ups are random. You can customize your hero skills to reflect your favourite combination. Do you like multi shots? ricochet? Start your adventure and fight the zombie apocalypse! 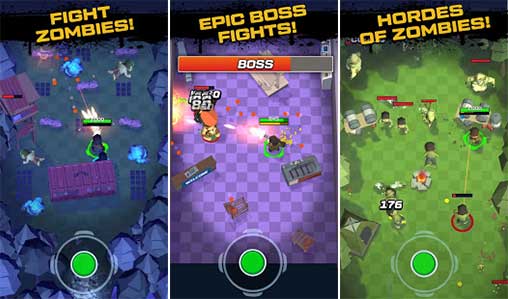