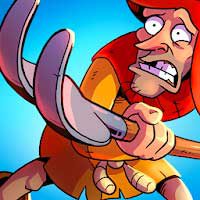 The all-new “WHAT THE HEN! – Enter the Dragons!” is bigger, better, and HENtastic in every possible way! Immerse yourself in the crazy chase after the mad chicken wizard in the most cartoon-styled game adventure EVER. In your epic summoner seance, duel the wackiest bosses and collect the most hilarious heroes throughout HUNDREDS of levels and THOUSANDS of 1on1 Arena battles! Enlist your personal army of Summoner Heroes, create or join the coolest clans, and battle in tailored, time-based special events in the most glorious update in the HENstory of mankind!

Well chosen, summoner! Most HENSOME game features await you:
🐔 COLLECT: Over 70 of the wackiest Heroes and Heroines you ever saw, ready for combat!
💢 DEFEAT BOSSES: Enjoy the adventurous Campaign, and defeat the craziest bosses!
🔧 UPGRADE YOUR HEROES: Evolve your precious Heroes into the most wicked party… ever!
🏆 DO BATTLE: Battle 1on1 against millions of chicken-chasing Summoners in Arena duels!
🎩 CUSTOMIZE: Your very own Avatar presence, tunable with the funkiest gadgets!
💗 CREATE AND JOIN CLANS: Fight side by side with your ally Summoner friends in all-new Clans!
⭐️ TIME EVENTS: Don’t miss the EGGciting Spring season update with a special events and new heroes!

🐔 Craziest Game Story Ever:
The legendary wizard got turned into a chicken! An accident? Treachery? Who cares – Just catch it! Its immense magical powers make the world of WHAT THE HEN! go crazy. Whoever possesses the chicken shall gain its superpowers, too, and become the chosen summoner to rule the Arena. Wicked! But your seance leads through countless 1-on-1 battles, so you better come prepared!

⭐️ Collectible Heroes:
Whether it’s a dwarf, elf, goblin or a robot, this game’s got it! Unlock and collect over 70 CHARACTERS, like the illustrious “Ice Queen”, the fabled sharpshooter “Polly”, wicked humongous orc “Ogg”, or DPS “Red Rosie”. Choose Heroes from 5 character categories and unlock LEGENDARY rarity heroes and heroines from time-based special Events to smite your enemies like ants!

🔧 Customer Support:
If you battle any issues or want to order a pizza at a local store, please contact us through [email protected] We are happy to help! Please attack us on Facebook, too! Please note that a network connection is required to play. WHAT THE HEN! game is absolutely free to download and play, however, some in-game items and cards can be purchased with real money. 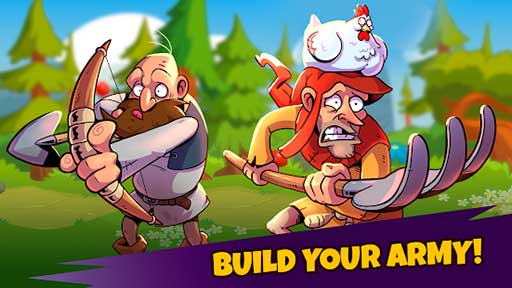