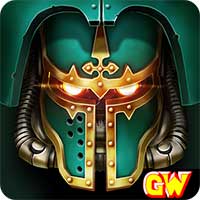 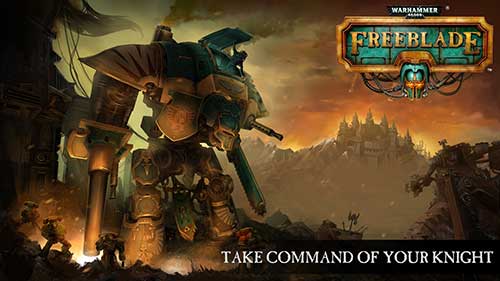 “Warhammer 40,000: Freeblade will let you destroy the future with mechs” – Polygon

TAKE COMMAND OF A WARHAMMER 40,000 IMPERIAL KNIGHT IN THE MOST ACTION-PACKED AND VISUALLY STUNNING ACTION GAME ON MOBILE.

When a young Imperial Knight sees their noble house destroyed by the twisted forces of Chaos, they join forces with the Dark Angels Space Marines chapter as a Freeblade. Experience an epic story in over 170 single player missions as you command your Freeblade on a journey of honour, redemption and vengeance. Test your skills and patrol the world of Tarnis to slay endless invaders.

EXPLOSIVE “TAP TO SHOOT” ACTION
Feel the power of an unstoppable war machine at your fingertips. Use cannons, missiles and thermal blasts to obliterate your foes and watch environments crumble to dust before you.

SUPER HIGH DETAIL 3D GRAPHICS
Witness the most visually stunning shooter available for your device. Experience the world, characters and creatures of Warhammer 40,000 like never before in stunning high detail using the latest graphical effects.

EPIC MELEE COMBAT BATTLES
Rip apart the enemies of the Imperium with a mighty Chainsword. Feel the weight of your Freeblade’s every swing as they execute mechanised horrors and gargantuan beasts with brutal, visceral strikes.

FORGE, UPGRADE AND CUSTOMISE
Design the look of your own Freeblade, forge and equip powerful weapons including the Avenger Gatling Cannon and Melta Gun to purge Ork scum and Chaos heretics alike.

COMPETE IN DAILY EVENTS
Battle to get the highest score against players around the world in a new mission every day for legendary wargear and unique customisation options; let the other Freeblades know who the best in the world truly is!

MORE COMING SOON…
More updates to the game are coming – win legendary weapons, armour and liveries by competing with players all around the world in intense multiplayer combat.

Warhammer 40,000: Freeblade is completely free to download and it is possible to play through the game without purchase; however some in game items, features and enhancements can be optionally purchased using real money. If you do not wish to use these features you can restrict in-app purchases in your device settings. 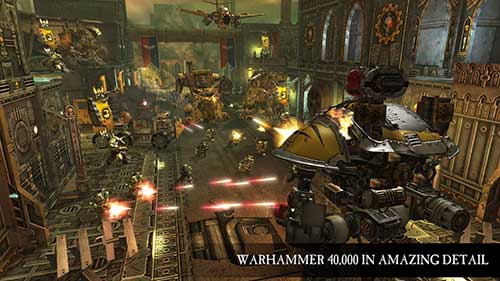