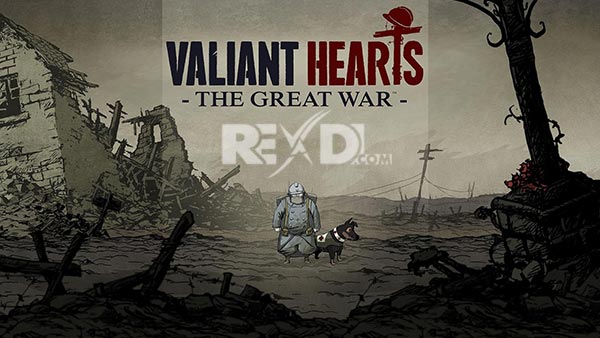 Valiant Hearts: The Great War is a puzzle adventure video game developed by Ubisoft Montpellier and published by Ubisoft. The game is inspired by letters written during the Great War and has four characters on the battlefield help a young German soldier find his love in this story about survival, sacrifice and friendship.

Valiant Hearts is powered by UbiArt Framework, an in-house engine by Ubisoft previously used for Rayman Origins and its sequel,Rayman Legends, as well as Child of Light, the former two being developed by Ubisoft Montpellier as well. The game was released for the Microsoft Windows, PlayStation 3, PlayStation 4, Xbox 360, and Xbox One in June 2014, followed by ports to Android andiOS. On Xbox One, it was released for free on Xbox Live to Gold members from 10/01/2015 to 10/31/2015.

Immerse yourself in the touching story of four unsung heroes swept up by World War 1 in this unique interactive graphic novel that combines action, puzzles and adventure.

Valiant Hearts: The Great War is a 4-part, episodic game inspired by letters from World War 1. Additional episodes are available as multipack or individual in-app purchases.

PLAY A GRAPHIC NOVEL
An emotional adventure game delivered with a unique tone and art style.

A MIX OF EXPLORATION, ACTION AND PUZZLES
Move into action and help your heroes survive the Great War by solving puzzles or sneaking through enemy lines…

FOLLOW THE STORY OF THESE VALIANT HEARTS…
Lost in a maze of trenches, play each of these characters and help a young German soldier find his love! All of them will be helped by their faithful canine companion, Walt.

INTERACT WITH HISTORY
In partnership with Apocalypse World War 1 and the Mission Centenaire 14-18, learn more about the Great War through historical articles and share them with friends.

Our team is working permanently to improve your experience. 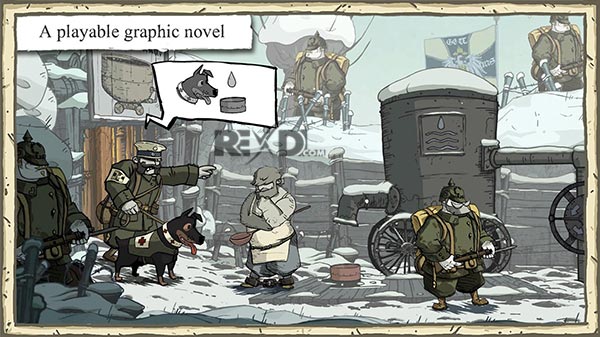 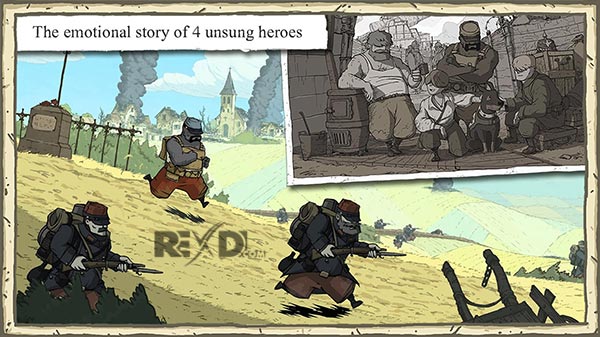