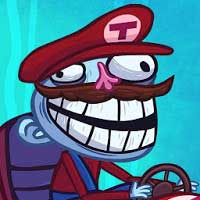 The devious pranksters are back at it again with an all new trolling nightmare: Troll Face Quest Video Games 2! Spoof iconic video games and prank the pants off all those characters. Get lost in a crazy world of video game shenanigans and try to escape the pranking trolls!

THE RETURN OF TROLL RAIDER

Get ready for a trolling adventure that’ll take you back to your intense video game playing days. Troll adventurous, monkey-swinging babes in tight shorts, steal the wheels from an Italian plumber’s go-kart , prank entire cities under the rule of theft, murder, and mayhem , and piss off birds for no good reason. Will you solve the crazy pranks and win a chicken dinner or will you end up in the loony bin? It’s payback time for all those levels you didn’t complete.

A whirlwind of trolls and pranks, this is another baffling game that will make you throw your cell phones against the wall. Keep your eye on the ball and crush the prankster video game characters before they troll you into the dirt!

Do you have the guts to prank your childhood video game stars into oblivion? 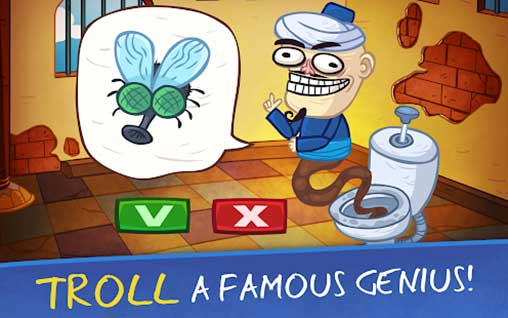