An expansion by Zarista Games.

The Quest – Hero of Lukomorye is an expansion to The Quest, a beautifully hand-drawn open world role playing game with old school grid-based movement and turn based combat.

After enabling the expansion, you can explore new areas and adventures. However, if you don’t have The Quest, you can also play the expansion as a standalone game.

You are an agent of the Tzar called to the Fortress of Zlatograd, the last free city but it’s besieged. You must fight hordes of invading Savirs who have united with the magic of Kozney the Deathless to overrun the beautiful country of Lukomorye. They’ve seized members of the royal family and taken over the major cities. You’ll need all your skills, experience and brains to overcome the new challenges. However, you will find new friends, spells, weapons and other items to help you become the Hero of Lukomorye.

To access the new areas (not applicable if you are playing the expansion standalone), go to Mithria harbor and talk to captain Hanty, then select “Luko I” as your travel destination. It’s recommended you reach at least level 23 before taking on the challenges posed by this expansion. 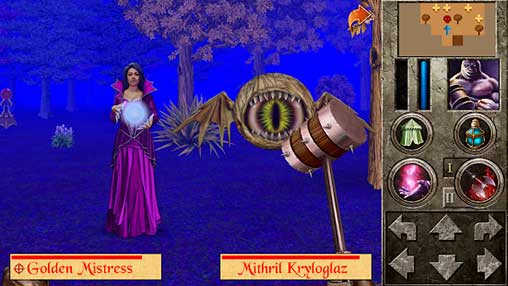