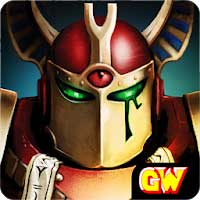 It’s Space Marine versus Space Marine in The Horus Heresy: Legions, a new strategy card game (TCG) where your actions and card battles change the game.

Choose your Legion, collect cards and build a deck of Space Marines aided by Mechanicum, Imperial Army or Chaos to rule the galaxy. Join a guild, discuss card strategy and decks, and fight in PvP Arena card battles. Choose a side in epic Faction Wars to influence which new cards, cosmetics and Legions are added to the game. Enter The Horus Heresy, one of the richest settings in the Warhammer 40,000 universe by Games Workshop, for the first time as an online TCG card game.

TCG LEGIONS AT WAR: Expand your card collection as new Space Marine Legions from the Warhammer 40,000 lore are added, each with a unique card list and strategy. The battlefield keeps changing in this strategy card game!

TRUE CARD BATTLE SKILL: Battle in epic Ranked PvP and Sealed Deck Arena. Build a deck from your card collection or master each Arena Sealed Deck using cards you don’t own yet.

GUILD WARS: Coordinate with your guild in epic PvP Arena card battles that determine the evolution of this TCG strategy card game. Discuss card strategy and try your deck in friendly card duels. Battle other guilds and grow your card collection!

COMMUNITY: Join other players on Twitter and Facebook and Discord. Chat about your favourite Legion, strategy, decks and favorite cards in this epic TCG.

The origins of Warhammer 40,000, now as an online TCG strategy card game!

Get ready to experience the greatest battles of the Horus Heresy at any time. This update lays the ground for the new Campaign Library that allows access to previously released single-player campaigns, with a different one being featured every two weeks. Make sure to beat them all and collect their rewards! 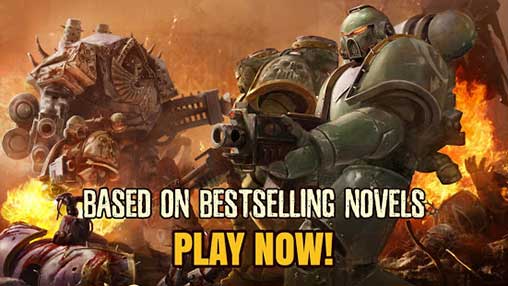