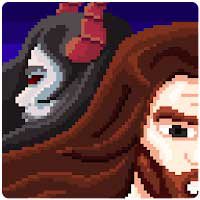 Soul essence: adventure platformer is a complete fusion of action RPG and 2D platformer with pixel art.
A classic hardcore dark fantasy platformer.
The main character is a classic warrior with a shield and a sword with countless blocks and rolls.

Follow the storyline, explore locations or just fight opponents, collect items and upgrade your knight! Travel across twisted locations: castle, dungeon, forest of shadows and wastelands. There are no save points in the levels, after death you will have to start over, the location of all enemies and things will change.

All levels, dialogues with bosses and other storylines in the platform game are fully translated into Russian and English. Also translations into: German, French, Portuguese languages are coming soon.

An exciting adventure platformer with a non-linear game plot that will impress you:
The adventure platformer takes place in a ruined kingdom ruled by a church. The fight for the throne continues. The world was enveloped in chaos, after the penetration of “essence”. A certain demon who wants only death.
The kingdom would have been completely destroyed, but the order of the knights saved everyone. Trapped the demon in his world.

True, evil has a bad habit of returning. A group of cultists, using a terrible ancient ritual, summoned a demon into the world and instilled it in a child.

The child grew up, and at the request of the cultists went in search of three fragments, which, according to them, will help expel the demon from him.

Our hero, or not hero, will have to live in search of truth and justice. After all, even the closest ones can use you for their own purposes.

GAME STORE AND RPG INVENTORY.
Meet Oddi, a wandering merchant, he will help in the battle against enemies and bosses. Be sure to visit his store, where you will find all the necessary unique RPG items: weapons, shields, reliable armor and decorations, or you can sell your items found at enemies and bosses. And do not forget about rare training scrolls and artifacts that will help to strengthen your knight. 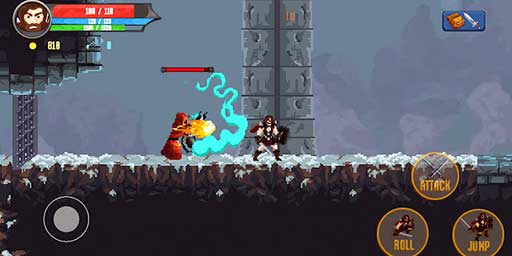